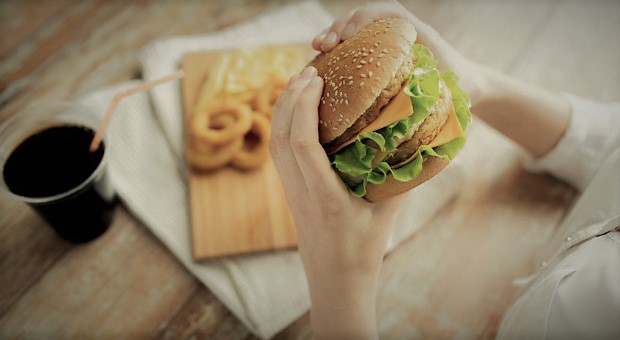 5 Common Foods That Are Slowly Killing You

It’s a confusing time to try to be a healthy eater. One government agency says that a product is heart-healthy, while another is terrible for you, but then other sites, that aren’t dictated by the whims of Big Ag say just the opposite. So who’s right?

I was raised on a farm. We had our own garden, our own fruit trees, and livestock to provide us with meat, dairy products, and eggs. We ate a reasonable portion at each meal and we exercised.

We didn’t sit inside playing video games all day. Most of the people in my family have lived well into their 80s (and many into their 90s), remaining robust and healthy until they died. Obviously, butter and meat fats must not be THAT bad for you.

Recently I wrote a book about why it’s important to go back to eating the way that our ancestors did and to describe in detail how to do that, and this is the reason why I did it. People are finally figuring out that manmade food isn’t as good for you as the natural nutrition that nature provides us.

Then I started really thinking for myself again and here’s what I’ve learned about these top five “healthy” foods that are actually killing you.

I’ve gone back to good old butter (it tastes better anyway), and I drink water or tea instead of sugary or fake-sugary sodas. I cook for myself most of the time and I eat real foods instead of processed junk.

In short, I’ve gone back to the ways of my ancestors, and I feel so much better for doing it! And now I’m sharing it with you, as I gathered all this knowledge in a book about how to kick unhealthy, expensive, store-bought food out of your kitchen and get healthy food for life!

Ahh, that supposedly heart-healthy option to good old-fashioned, fat-laden butter. Oleomargarine was created in 1869 but didn’t really gain footing in the US until the 40s-ish. That’s because the dairy industry pushed for so much regulation that importing it was too expensive to be worth the effort.

When saturated fats were linked to heart disease in the 50s, doctors and nutritionists pulled the dairy equivalent of Chicken Little and told people to avoid butter like the plague and make the switch to the unsaturated-fat fake version of butter – margarine.

Back when it was first becoming a household thing, it came in a bag with a yellow capsule because without dye, margarine is a whitish-gray color. The dairy industry fought for the product to be sold uncolored to make it less appealing. The dye was squeezed into it and then squished around and distributed so that the margarine more closely resembled the beautiful naturally-golden color of butter, though it was much darker.

Margarine is made from purified vegetable fats. Until very recently, it was then hydrogenated to make it solid. This means that hydrogen is pumped through the runny oil to change the carbon bonds in the oils. Not all of the molecules are hydrogenated – only enough of them to give it a firm consistency. Fully hydrogenated oil would be almost like rubber.

The original vegetable oils are non-saturated, but once it goes through the hydrogenation process, those molecules that that were hydrogenated become saturated fats. And not just any saturated fats – the bad-for-you kind that cause heart disease because they lack the good, LDL cholesterol that balances the bad cholesterol.

So, when you combine that with the fact that the natural saturated fats in real butter have been shown to have some health benefits in limited quantities, your choice comes down to butter, a completely natural, delicious product, or its lab-created ugly, weird-tasting cousin, margarine. Pass the butter, please!

This is kind of an umbrella title because there are so many different types of processing. The type that we’re talking about here is the type found in boxed and frozen foods. For instance, take a look at the contents of macaroni and cheese.

It’s a kid’s favorite and most of the commercials for the name brands show chunks or real cheese or other hyperbole that implies that you’re getting the good stuff. In reality, it’s a cheese-flavored artificial flavoring at best – just take a look at the ingredients.

Another example of processed food is chicken nuggets. Take a gander at the ingredients on that box! Even the best one that advertises all-natural ingredients still has “natural flavor.” What does that mean? It’s chicken. Should that be enough? It’s also breaded in spices and different types of processed flours. I’d argue that white whole wheat flour isn’t a natural ingredient because it’s processed to the point that it lacks any real nutritional value.

Other concerns with processed foods include additives, preservatives, and artificial flavors and colors. There are hundreds of these ingredients have been shown to cause everything from digestive distress to cancer.

Finally, everybody seems to have jumped on the wheat bread bandwagon. Wheat bread that’s made from processed wheat flour is no better for you than processed white flour. If you want to eat bread, eat the kind made from sprouted wheat, or from flours made from healthier ingredients such as almond or coconut flours. That way, you boost the nutrition without getting a ton of garbage.

If it comes in a box or out of a freezer (with the exception of most frozen vegetables), take a look at the ingredients. Even many frozen fruits have added sugar and preservatives. You gotta stay on top of what you’re eating and actually look at the ingredients instead of buying the advertising on the box that says, “all-natural.” Arsenic is all natural, but do you really want to eat it?

If you can’t pronounce it, skip it. For that matter, if you can pronounce it and you know it’s bad for you, skip it.

Nooooo … run! Though this sounds good for you, it’s not. Though there’s no fat, it’s likely still packed with sugar and artificial preservatives, colors, and flavors. There are healthy yogurt options out there, but most of them aren’t. Look at your label.

You’re looking for yogurt and fruit. Period. Greek yogurt is better for you, but it has a stronger taste. Yogurt has probiotics that are good for your gut – they add healthy bacteria that aid digestion – but if you’re throwing a ton of sugar in with it, you lose a lot of that benefit. Go organic and real fruit, no sugar or other garbage added.

I feel like this one has been beaten to death to the extent that I don’t even have to mention it, but I will anyway. Refined sugar is an anti-nutrient. That means that, not only is it empty of nutrients, it actually leeches nutrients out of your body over time because your body has to bind it to other minerals in order to void it.

When consumed in excess, it also exponentially increases your risk for metabolic syndrome, diabetes, heart disease, tooth decay, and even cancer.

You’ll hear many people touting the benefits of “natural sugars” such as honey and maple syrup. While it’s true that they are a much better option than sugar because they’re not processed and they do have minerals, your body still breaks it down into sugar, albeit digestible sugar.

In other words, in quantity, it can still make you fat and increase your risks for the diseases listed above.

When you want a sweetener, go with organic honey or maple syrup, but consume them in moderation.

Oh how the world rejoiced when our favorite soft drinks were magically converted so that they no longer added pounds. You could drink as much of it as you liked without increasing your jean size.

If I were to go into great detail about how horrible artificial sweeteners are, I’d be here all day. Suffice it to say that they’re poison, plain and simple. They’re not “natural” as some of them claim and they don’t really decrease your chance of obesity because the fake sweet taste makes your body expect sugar and when it doesn’t get it, it increases your craving.

Oh, and most of them have been shown to cause headaches and have been strongly linked to cancer and/or other diseases and illnesses.

A cool bit of trivia – in the early 1900s, saccharin, the first artificial sweetener, was declared unfit for human consumption by the FDA. Then the war came along and sugar became a rare commodity enjoyed mostly by the rich. Suddenly, saccharin, which could be imported for very little money or made here, became fit for human consumption so that working class Americans could have those sweets that they craved.

Pay attention, because artificial sweeteners are pervasive in today’s world of “fitness and health.” If it says “lite” or “low-calorie,” It’s almost a guarantee that it contains an artificial sweetener. Look on the label. If it lists saccharin, neotame, acesulfame potassium, aspartame, sucralose, Equal, Stevia, Truvia, PureVia, SweetLeaf, stevia rebaudiana, Splenda, Sweet ’N Low, Sweet Twin, Sugar Twin, Nutrasweet, Sunnett or Sweet One, then it has an artificial sweetener.

You’ll hear people argue that Stevia products are natural and have been recognized by the FDA as generally recognized as safe (GRAS), there hasn’t been enough research on it to confirm that for my comfort, anyway. Also, it’s not natural. It’s processed, chemically extracted product that’s nearly every bit as artificial as the rest of them once it’s in the packet and headed out of the factory.

There are dozens, or even hundreds, of other foods that I could have added to this list, but what it comes down to is that if it’s not fruits, vegetables, nuts, seeds, or meat grown without hormones and chemicals, it’s bad for you.

Now, is it realistic to expect everybody to eat 100% healthfully 100% of the time? No. But you can make an effort to do it more than you’re doing it now. Shoot for your goal to be 80% healthful and 20% treats. That’s a good ratio that most people have no problem adapting to.

Remember – the best thing you can do for yourself is read the labels!

Our ancestors didn’t depend on Monsanto, Walmart or Wendy’s to feed themselves in good times or bad and they didn’t eat food filled with disease-causing chemical, like we do.