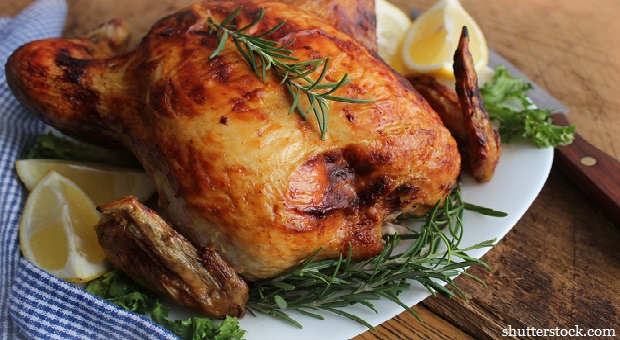 Ahhh … fried chicken – one of the greatest, oldest traditions of the American South – or, so you thought.

Today, we’re going to share with you a 300 year old recipe from England found in a gem of a “household tips” book written by Nathan Bailey, called “Dictionarium Domesticum.”

Nathan Bailey died on June 27, 1742. He was an English philologist and a lexicographer. Bailey authored several dictionaries, including his “Universal Etymological Dictionary,” “Dictionarium Britannicum” and “Dictionary of the English Language.”

Bailey laid out “Dictionarium Domesticum” in an A to Z format, unpaginated. He titled the book to include the six sections he covered: Shewing, brewing, baking, pickling and cookery; management of a kitchen, larder, pantry, olitory, dairy, and poultry;

Family physician and herbalist (a collection of only the “choicest” of recipes for most human body distempers and incidents); qualities and uses of plants and herbs of English growth; remedies for childbirth; and this now famous recipe for fried chicken, which is alleged to taste far superior than even KFC! 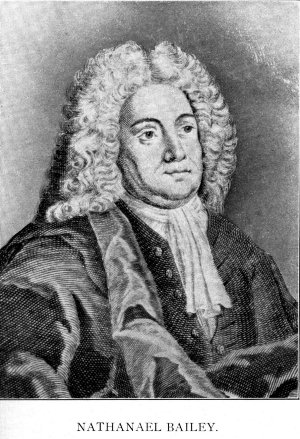 Surprised to learn that Fried Chicken did not, in fact, originate in the South? Well, rest assured that even Bailey’s recipe – while arguably the best around – isn’t the oldest known fried chicken either!

As far back as the middle ages, the Scots, and then the United States Scottish immigrants, kept a tradition of deep frying their chicken in fat. When fried chicken was introduced to our great American South, it quickly became a household staple. In the years that followed, African slaves were made cooks in many southern homes and enriched the flavor using spices and seasonings that were absent in the traditional Scottish fried chicken recipes.

Still, America isn’t the only country that takes pride in fried chicken! Asia has their own version of this popular dish called “crispy fried chicken.” The dish is standard in Cantonese cuisine in Southern China and in Hong Kong.

Here, they fry the chicken in such a way as to serve it with extremely crunchy skin and relatively soft white meat. Commonly, the Asian version of fried chicken is served with two side dishes, prawn crackers and a pepper salt. The pepper salt is a dark white, almost gray color and is dry-fried by itself in a wok. Asians traditionally eat this recipe at night and use it in weddings.

Korea also has a chicken recipe that’s traditionally not eaten as a main dish, but served at bars, as fast food, or even an after meal snack. The Korean method of preparing chicken includes removing all of the fat from the skin, resulting in a crackly, thin, almost transparent skin.

There are undoubtedly countless varieties of recipes found in every corner of the globe, but Nathan Bailey’s 300 year old recipe is sweeping the internet – so let’s get right down to the how to’s!

Most importantly, begin with the right sized chicken. Arguably, a 4-pound fryer is the best sized chicken for frying. Frying a chicken larger than 5 pounds takes the pieces too long to cook and chickens smaller than 3 pounds are just too small for great fried chicken.

Traditionally, fried chicken INCLUDES skin. Those who opt for skinless fried chicken hoping for a low-fat option should probably avoid eating fried chicken to begin with. Skin is crucial for providing the support needed for breading the chicken and for adding that perfect element of crisp that is the ultimate goal of every great chicken fry cook.

Skin also blocks the grease from completely saturating the meat, so it works to lower the fat in the recipe without sacrificing taste and crunch.

Keep in mind that frying chicken is something special. It’s a process that is time consuming but completely worth it when you finally sit down and bite into the freshest, warmest, crunchiest piece of beautifully golden, home-fried chicken.

Here’s how Nathan Bailey worked his magic in the 18th century. In the Book Dictionarium Domesticum, you’ll find this yummy goodness under “Marinades”:

As you can see, the recipe itself is actually quite simple.

It begins with a very basic lemon juice and vinegar (verjuice) marinade. Verjuice was actually a quite common ingredient found in lots of recipes created in the 18th century.

The juice of unripe, unfermented grapes is used to make verjuice, and while remarkably sour, it actually has a pretty mild flavor. If you’d rather use vinegar, and want to stay in keeping with the 18th century English setting, use malt vinegar. In it’s time, malt vinegar was actually called wine vinegar.

If you have no malt vinegar on hand or you seek a milder flavor, cider vinegar and distilled vinegar are both viable alternatives.

The final ingredient in the book was originally called “​chaebols” which are spring onions or green onions and you’re going to include half a cup of these. An interesting flavor substitution might also be shallots, as they were quite common in the 18th century and lend a bold kick to any recipe they’re included.

Next, while the recipe calls for quartering the chicken, you might find it easier to cut the chicken into individual pieces. Then, marinate it for 3 hours. This long marination period is to ensure that the more powerful ingredients, like lemon and malt vinegar perfectly enhance the flavor without overpowering it.

Marinate it too long and you might overdo the flavor enhancement.

Once you’ve reached the three hour mark, get started working on your batter portion. Much like the marinade, the batter for this chicken is quite simple to make. You’ll want to use approximately a cup and a half of regular all-purpose flour.

To that, add enough white wine (we suggest Rhine wine) to form the mixture into a thin pancake-like batter. If you’re not partial to including wine, cider or even plain water work also. Lastly, add 3 egg yolks and a teaspoon of table salt.

The recipe found in Bailey’s book included no specific suggestion for the right kind of oil to use for frying, but in the 18th century, clarified butter or even lard would have been the most likely choice. Any modern oil of your choice will work just fine.

Use extreme caution if you are deep frying on a gas stove or over any open fire. You only want your oil to heat up to around 350 degrees. You’ll see a slight shimmer on top of your oil, but never smoking. If your oil begins to smoke, remove it from the heat, let it cool down, lower your heat and heat it again slowly to the proper temperature.

Now, depending on the size of your pot, you’re going to want to fry your chicken in batches of 3,4, or 5 pieces. Don’t overcrowd the chicken, and leave room to get your chicken to the point where it is a nice color of light, mahogany brown.

The final step before serving your 18th century chicken may seem strange to you, but believe us, you’ll love it: fried parsley. Before frying, be sure your parsley is as dry as it can possibly get. Fry the parsley in small batches for several minutes until it reaches a nice, crispy texture.

You’ll then crumble the parsley over your chicken as a delicious garnish.

You’ll probably find that the flavors in this Nathan Bailey’s 18th century fried chicken recipe are a little outside the realm of flavors you’re used to in fried chicken. The marinade you’ve made will really do something special for the chicken. You’ll taste a perfect little part of the lemon flavor showing up with a hint of the remarkably lovely flavor and crispness of the fried parsley. 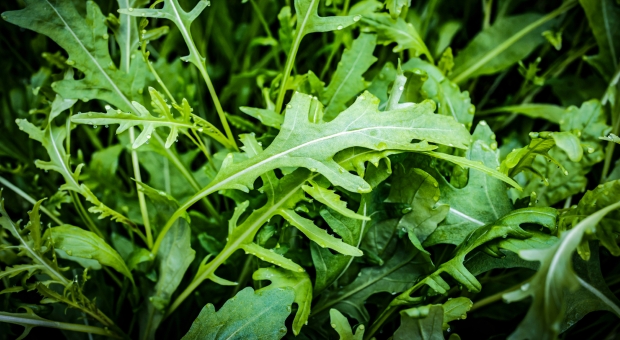 What Most People Don’t Know About Wild Lettuce 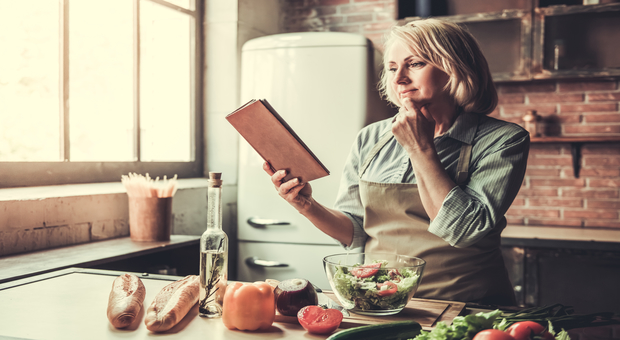 Delicious Survival Foods For Your Family 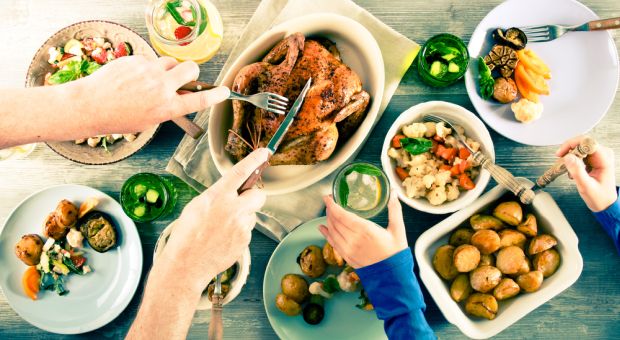 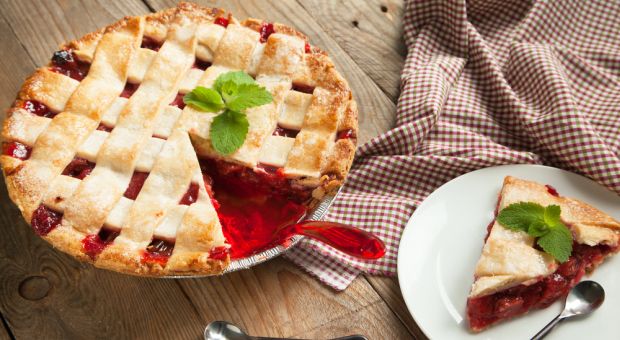