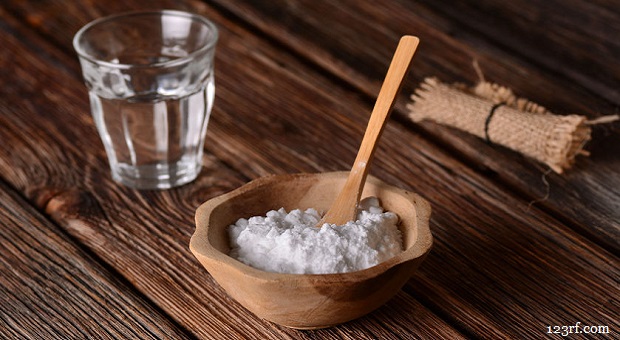 10 Ways To Use Baking Soda For Gardening

Baking soda is one of those multi-purpose items that’s found in every household. It’s used as a leavening agent in baking, as a tooth-whitening agent, as a deodorizer in the fridge or laundry and even in the garden.

That’s right – baking soda is useful in the garden in more than one way. And forget about using it only in your garden, since you can also grow food indoors!

Each year, almost 140 million pounds of pesticide are applied to lawns and gardens, both commercial and private. That’s a whole lot of poison going into our ground and thus our ground water. Not to mention the fact that you’re eating it, too.

But what’s the solution? Make your own! I’ve been experimenting with natural pesticides over the last year and I’ve learned a lot. Right off the bat, I had a problem with aphids on my peppers and tomatoes. So, I did what all good farmers do – I headed to Google.

The first recommendation was Neem oil, which is apparently good for many things in the garden, but I didn’t have any Neem oil, so I kept looking. Then I came across a recipe that used baking soda, dish soap, olive oil, and water. I mixed it up, sprayed it on my plants every other day for a week, and BAM! Problem solved.

I sprayed them once a week just for maintenance, and supposedly it’s good for spider mites, too. I read that it’s good to get rid of fungus, but I didn’t have that problem. Of course, that may have been because I was using the solution.

Use equal parts and add enough water to make it damp an sprinkle where the ants are a problem. Ants will eat the sugar, and take in the baking soda, which is lethal to them. Afterward, spray the nest with vinegar to kill the remainder.

If your plants have hit a funk and just aren’t growing well, producing, or looking as bright and beautiful as you’d like them to, give them a boost with a gallon of water, 1 teaspoon baking soda, 1 teaspoon Epsom salts, and 1/2 teaspoon ammonia. Give each plant a quart or so and do this once a month. 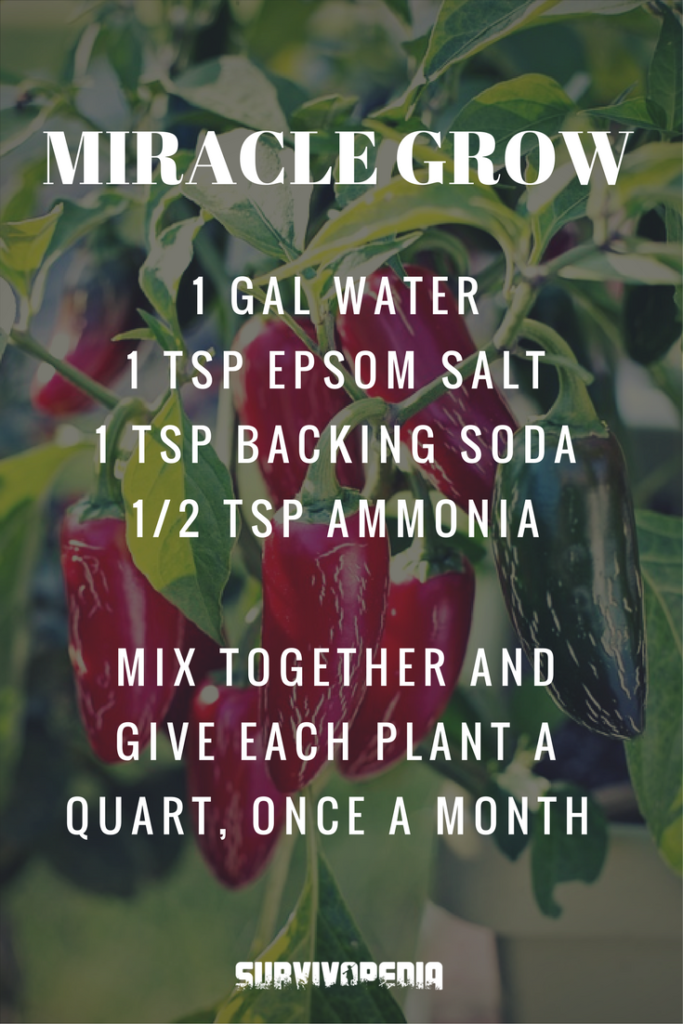 If you have baking soda and vinegar, you can find the approximate pH of your soil, which is important to know because different plants grow best in different acidities. This won’t give you the exact pH, but it will tell you whether your soil is acidic, neutral, or base. Start by collecting two soil samples from different parts of your garden.

If it doesn’t bubble, then mix equal parts water and baking soda and add it to the other two samples. If it bubbles, then your soil is acidic; your pH is lower than 7. If you get nothing, it’s base, or 7.

So say you did the pH test above and your soil is acidic, but you want to grow plants such as hydrangeas or begonias, or carrots, cucumbers, or cauliflower. They grow best in alkaline soil. Well lucky for you, you have a big box of baking soda in your garden shed. Mix it in with the soil or make a solution with water and spray/pour it on to make your soil more plant-friendly.

Everybody knows that salt kills slugs, but salt is also not so great for your plants. Baking soda, on the other hand, is not bad for your plants, but it does kill slugs.

You can put it right on the slug and you can also sprinkle it lightly on the soil to deter them.

Be careful not to get the powder on the plants though because it will burn them.

These will decimate your leafy greens and are hard to get rid of, unless you have baking soda, of course. Remember though that straight baking soda will burn your plants, so mix it with equal parts flour and dust your plants with it. They’ll die within a day of ingestion. Repeat two or three times to get rid of them. 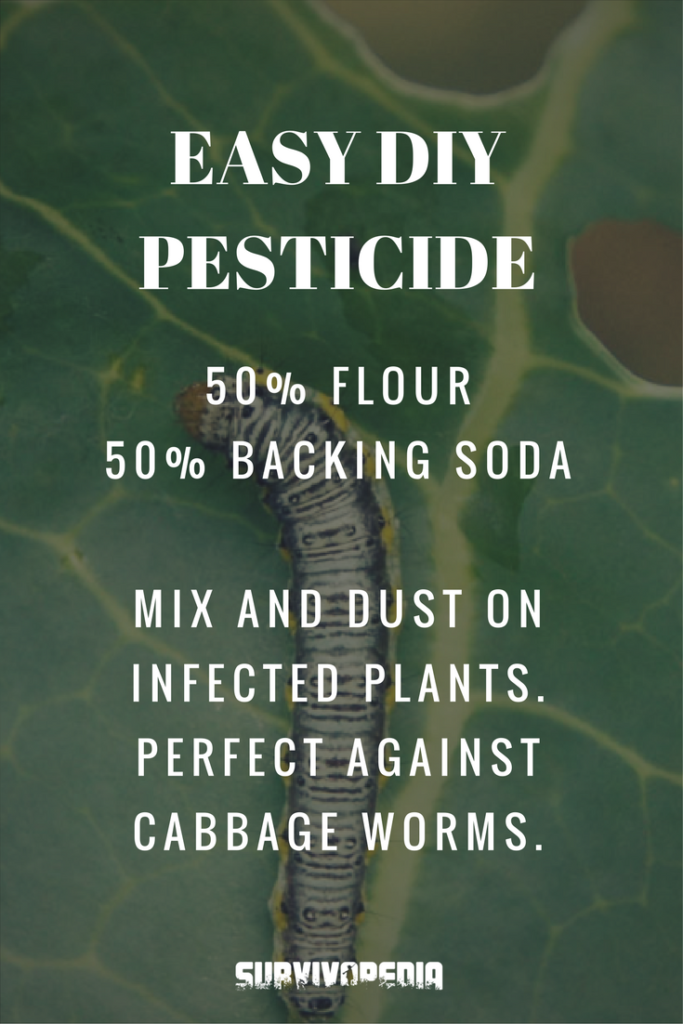 Baking soda is great in the fridge and to deodorize laundry, so there’s no reason to think it won’t do the same for your compost pile.

It will also help prevent acid buildup. Use it sparingly though because it’ll slow down the composting process.

Baking soda kills mold and mildew spores, which is wonderful in numerous garden applications. It’s good for your plants, but also for patio furniture, decks, and anywhere else that’s damp and prone to these spores. 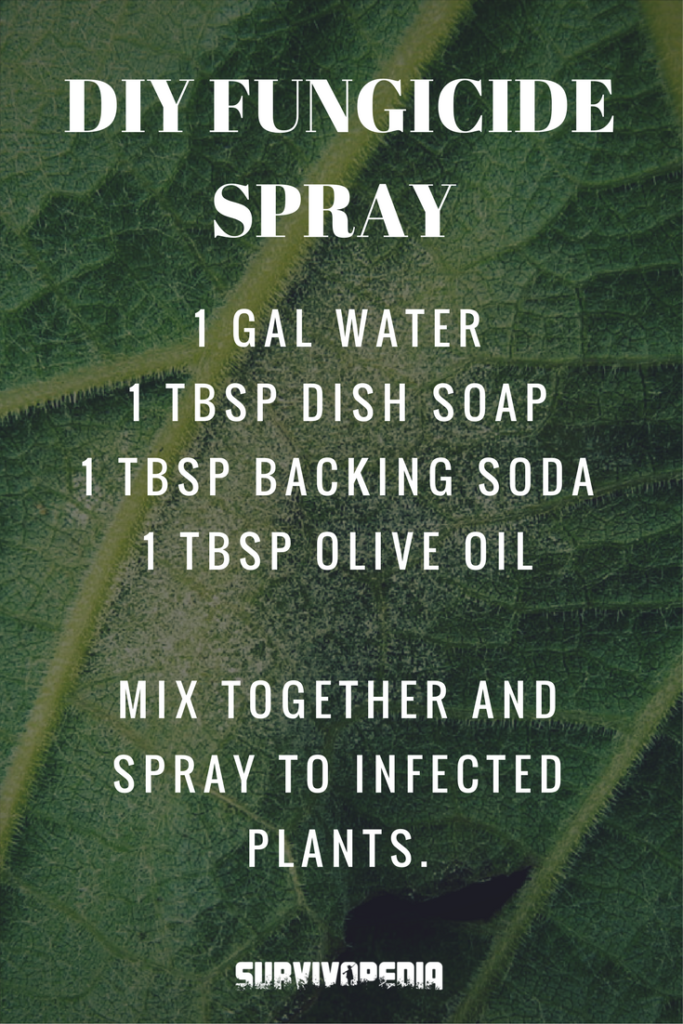 Add a tablespoon of baking soda to two quarts of water and you’ll have a great solution to put your cut flowers in. Change the solution every couple of days.

Tomatoes grown in less acidic soil are much sweeter and may even grow bigger. No matter if they are planted in a pot or in your garden, sprinkle lightly onto the soil then water. It’s just like mixing it into the soil, without the work.

There are literally hundreds of uses for baking soda in the garden and in the house. It’s one of those multi-purpose items that everybody should have on hand. I’d venture to say that just about every house in America has at least one box, and those that don’t would probably tell you they were just out.

Another great thing about baking soda is that it’s dirt-cheap. I buy a box the size of a small cereal box at my local superstore for less than $2 and it lasts me quite a while because it takes so little to be effective. So if you need to make anything from toothpaste to pesticide, baking soda is a great tool to have and use to support your food independence!

If you can think of other uses for baking soda in the garden, please share them with us in the comments section below!