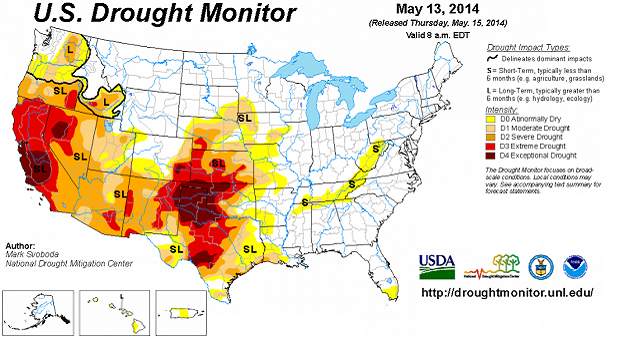 Water… Too Much And Too Little 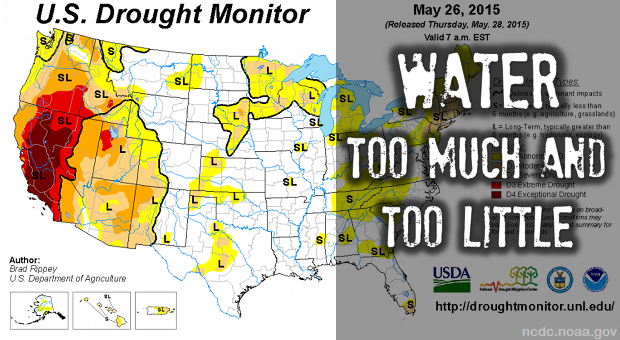 The news has been filled lately with stories of flooding in central Texas. It seems the areas around San Antonio and Austin can’t drain off water as fast as it’s falling. There’s even some flooding as far north as the Dallas/Fort Worth area. It’s even reached as far east as Houston.

Of course, with the amount of rain falling, this is really not all that surprising. Much of Texas is extremely flat, so rainfall doesn’t drain off very fast. Considering the record-breaking rainfall that Texas has had this year, a little flooding is to be expected.

The problem is that the rain doesn’t seem to be ending. Texas is still receiving massive amounts of rain, much of which will go to waste, because there isn’t adequate capacity to store and use that water.

{adinserter usf}The flooding has reached the point where engineers have had to station massive pumps at the Padera Lake dam, pumping water over the dam in an attempt to keep the water from overflowing.

Padera Lake is just a bit south of the Dallas/Fort Worth area, serving Midlothian, Texas. At this point, the waters are so high, that they are afraid of the dam failing. Should the waters rise a few inches more, so that they can begin to spill over the dam, it will start eroding away at the dam at an alarming rate.

Texas isn’t the only state which has been hit by heavy rains this year; Colorado has as well. Several counties in northern Colorado have been flooded and even the Denver metropolitan area is struggling with excessive rainfall.

But there’s a huge difference between the flooding in Texas and the flooding in Colorado. While people suffer and property is damaged in both cases, the rainfall in Colorado fills rivers and reservoirs, making it usable to farmers, municipalities and industry. The snow and water that falls in the Colorado Rockies supplies much of the water used throughout the Southwest.

On the flip side of the coin, most of the water that falls in Texas ends up in the oceans. While there are reservoirs throughout Texas, the vast majority of Texas land is somewhat arid, better suited to ranching than farming.

You can go for miles in many parts of Texas, without seeing any water. For a state as big as it is, there are actually very few rivers and lakes in Texas, and those that the state does have are not all that big.

What this means is that there is little water storage capacity in the state, even when you take into consideration all the reservoirs that have been built. So, between the lack of water storage capacity and the gradual slope (the ground drops less than one foot per mile from Dallas to the Gulf of Mexico), excess water in Texas causes a lot of problems, with almost no benefits.

Normally, water is so precious in Texas that the state has very restrictive laws about its use. Water rationing is common, with steep fines for watering your lawn on the wrong days.

But this year, nobody is passing out tickets, because nobody has to water their lawn.

Click here to find out more about the most effective filter on the market!

Too Much for Some, Too Little for Others

This stands in stark contrast to Southern California, which has been in drought for months. Ever since the ninth district court of appeals ruled that the Delta Smelt had a greater right to water than the people of Southern California did, farmers have suffered with a lack of water, destroying crops and causing them to make huge investments in drilling wells so that they can continue growing produce.

The crazy thing about the Southern California drought is that it was foreseen and prepared for. Decades ago the state started building the infrastructure needed to carry water from the northern part of the state to the southern part, providing much needed water to the farmers.

Yet this great effort, costing billions of dollars, didn’t take into account environmentalists, working hand in hand with the EPA finding a way to throw a wrench in their plans.

The Delta Smelt is supposedly endangered, causing the problem. Nobody knows for sure how many of them are still in existence, but they are sure the numbers are dwindling. Even though Delta Smelt have been found inland, with large populations of extremely large smelt inhabiting various lakes and reservoirs, the EPA is dragging its feet in removing them from the endangered list.

So, where does this leave us? It leaves us with excessive water where we don’t need it and not enough water where we do. This is an age old problem; and even with all our modern technology and an extensive infrastructure, there is little we can do. Weather patterns change and we must adapt to them. 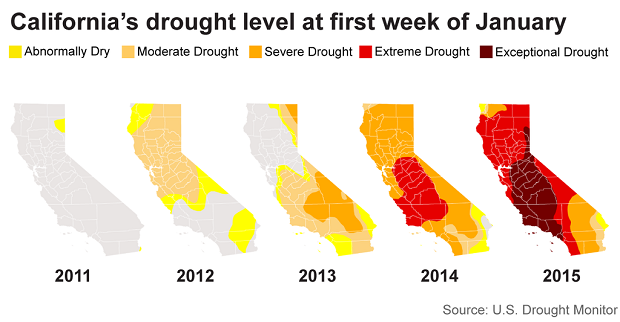 Some would try to blame what is happening on global warming or “climate change,” using the problems to drive their political agenda. But the fact is that Mother Nature is the most fickle woman on the planet. She changes her mind on a regular basis, giving us sun when we expect snow and rain when we expect heat. Mankind has lived with this since the dawn of time and it’s not likely to stop anytime soon.

The question for you and I is what are we going to do about it? We can’t change the weather, nor do we have much of an impact on the decisions the government makes about building dams, water treatment facilities or how the water is used. Even so, we have to make sure that we have water for our family, regardless of what everyone else does.

To add to our difficulty, the EPA has just issued new regulations, greatly expanding the reach of their authority. Whereas they before had authority over all “navigable” waters, they are now taking authority for all waters that can feed into those waters. In other words, if you have a puddle on your property, the EPA can decide that it is enough to declare your property a temporary wetlands and take legal control of it. We wrote more about this here.

It is clear that our ability to have adequate water is coming under attack. With the EPA taking charge over all surface water, we may soon have to pay a water tax, just to be able to use it. Our only possible course of action is to make sure that we have adequate means of getting water, without depending on the government.

Basically, that means having a well on your property. While it’s possible to harvest water through rainfall collection, that is becoming illegal in some states as well. I wouldn’t be surprised if it became illegal nationwide, before long. Our options are becoming more and more limited, because by limiting them, the government gains one more way of controlling us.

Of course, we also have to be ready for excessive water as well. If the rains that have fallen in Texas and Colorado are any indication, we need to be ready for more and more flooding across the country. If it can happen in the arid flatlands of Texas, I’d have to say that it can happen just about anywhere.