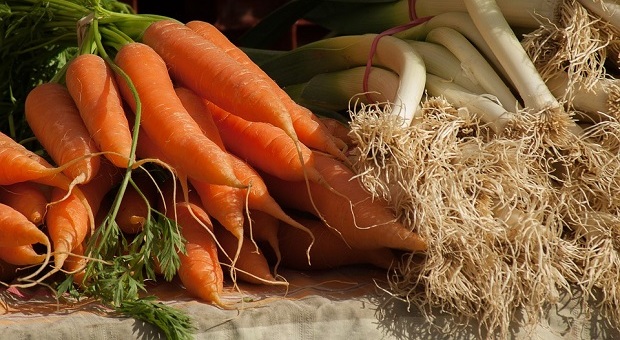 We’ve talked at length about the most nutritious vegetables to grow, and about how to choose seeds and save them for the next year.

We’ve also talked about how to build a compost pile, and do container gardening, and just about every other gardening topic that you can think of, but what about what’s just plain easy?

Now you need a list of the easiest vegetables to grow, so this is for anybody trying to make a successful first attempt at gardening.

Potatoes are probably the easiest vegetable … err … tuber to grow because you basically plant them and forget them. I actually learned how to plant them in a 5-gallon bucket and haven’t looked back because it’s so easy.

Before we do that, though, let’s talk about the traditional way. Just let your potato grow eyes, then cut them off so that each section has an eye or two – that really is all that you need. Bury each start a foot or so apart and bury under about three inches of soil.

Once the plants reach a foot or so tall, pull dirt in from between the rows to make a mound around each plant. After that, just keep an eye out that they stay planted because they may work their way to the top of the soil.

To grow them in a bucket, just let the potato grow eyes, and plant the whole thing six inches or so down in the center of the bucket. You can cut it into eyes if you want, but you don’t have to.

In both circumstances, the potatoes are ready when the plant dies off.

Just about any herb is a piece of cake to grow. You simply plant the seeds a half-inch or so deep (I like to use the small seedling trays then separate them out into 6-inch pots when they get their second set of true leaves.  As long as you keep the soil damp but not wet, they’ll grow marvelously.

Peppers are super easy to grow, too. They’re another where you just plant the seeds a half-inch deep, water them a couple of times a week, and watch them grow. They do like a sandier soil, and it needs to be loose enough for the roots to grow, but packed enough to hold the roots in.

As far as water, they like the soil damp but not soaked, so again, the sandier soil helps with the drainage. Still, peppers are super low maintenance.

Cool trick – pepper seeds love warm soil – 75 degrees or better. When I start mine, it still gets cool at night, so I water them in the mornings with warm (not hot!) water to hurry germination along.

Some people are intimidated by melons, but I don’t really know why. They’re great for a traditional garden, or you can raise them in raised beds of even containers. Just make a mound of dirt, plant three or four seeds an inch or so deep in the center of the mound, and watch them grow.

Cucumbers are another easy crop. They don’t mind sun and they’re happy with just a moderate amount of water. You don’t have to do any pruning or much babysitting at all. Grow them the same way that we just discussed growing melons, and they’ll be fine. The good thing about cucumbers is that you really can’t pick them too early. As soon as they look like cucumbers, whether they’re three inches long, or ten inches, (depending on variety because they don’t all get that big), they’re ready to eat.

My only suggestion with cukes is to keep an eye on them because they have a tendency to grow in the shady spots under the leaves and you’ll miss them if you don’t pay attention.

You seriously can’t get any easier than lettuce. It’s also an instant-gratification plant because you’ll see growth in just two or three days. Scatter your seeds over your soil (I use plastic Chinese takeout containers), rub your hands over them to sort of cover them in soil, give them some water, and you’ll have lettuce in no time. I like to mix my leaf lettuces, but that’s just me.

Carrots are also easy to grow; in fact, you can grow them in window boxes, and they come in a whole variety of cool colors that offer visual distinction and a variety of nutrients. Carrot seeds are tiny like lettuce seeds are and you plant them in much the same way, except you want to spread the seeds out so that you’re only planting four seeds every inch or so.

Water the soil well before you plant, then cover them with a quarter-inch of soil and lightly pack it down. Pat it may be a more accurate term. Carrot tip – if you want pretty, elongated carrots instead of stubby deformed ones, make sure your soil is a little sandy and loose-packed because if it’s too packed, you’re carrots will look weird.

Beans are easy to grow, too. Bush beans may be the easiest to grow because they don’t need stakes, but I kind of like the runners because they’re tied up and ready to pick. If you’re going for something easy, especially if you’re growing in a container, then go for the bush beans.

Onions are another easy-peasy veggie to grow. I like to grow green onions – the ones similar to scallions – for eating raw with a sandwich or in a salad, but I prefer Vidalias or red onions for everything else. I’m not a big fan of that strong, oniony flavor, but onions are an absolute necessity in almost all of my savory recipes in one way or another.

If you’re planting green onions, plant them exactly as you planted your carrots. To plant big onions from seeds, plant the seeds about an inch down and about six inches apart. If you’re growing in containers, they can be a little closer together than that, but picture the full-sized onion under the soil to get a good visual idea of how much space to leave.

I used to love growing pumpkins just to see my son’s face when he was little. He used to love picking them for Halloween. Now just to be clear, there are many different kinds of pumpkins, so check that out before you plant. If you’re going to cook them into pies, for example, you don’t want to use jack-o-lantern-type pumpkins because they’re too stringy. That being said, any pumpkin can be a jack-o-lantern if you want it to be!

Still, the basic premise of growing pumpkins is pretty much identical to growing melons and cucumbers, so make last Halloween the final one where you had to buy a pumpkin.

I want you to succeed. I want you to enjoy growing your own food as much as I do, and I’ve tried to include a variety of different foods to help get you started. In that same vein, I’ve written a book called the Forgotten Lessons of Yesterday, which is a compilation of skills that were passed down to me.

It details everything from canning your own foods to making cheese, wine, and beer, to butchering meat, and I wrote it because I think that everybody should have the skills within it. We’re giving away some pretty cool bonuses with it too, so check it out!

Now, as usual, if you have anything that you’d like to add to this article – tips for beginners, questions, or just other veggies or fruits that are easy to grow – share them with us in the comments section below!