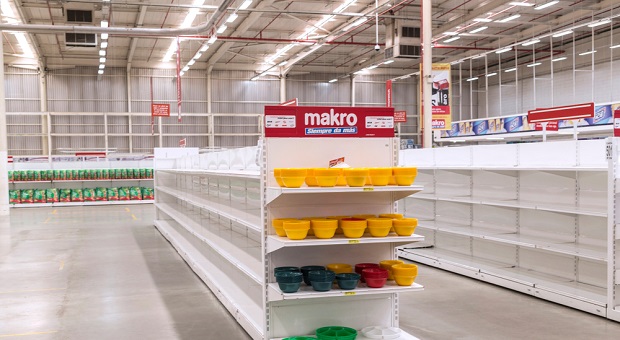 A YouTube video, posted in January of this year, shows just how desperate the people of Venezuela are getting. In this short clip, a group of hungry men take on a cow and beat it to death with sticks. If you can understand Spanish and listen to the words that they are saying, it is clear that their reason for this action is because of hunger.

Apparently conditions in Venezuela have reached the point where people are resorting to killing animals by beating them to death, because they have no other means of obtaining the food that they need.

Just a few short decades ago, Venezuela was a prosperous nation. In 1950, this relatively small nation was the world’s fourth wealthiest per capita. The country’s wealth is mostly based on petroleum, as they hold the world’s largest supply of crude oil, even larger than the Persian Gulf. This made Venezuela Latin America’s economic powerhouse, an important country on the world stage.

So how could such an important, wealthy country fall so far? In a word, socialism.

It starts with money. As with most of the world, the vast majority of wealth was held in the hands of the few. Progressive-liberals of today act as if this is an abnormal state of affairs, which only recently arrived on the scene. Yet if you look back through world history, it has always been that way. A study of any ancient culture will show that the royalty held most of the wealth, with the common people getting by at a subsistence level of living.

Yet, as with any country where the teachings of Marx take hold, the wealth inequality in Venezuela was touted as a problem. The followers of Marx complain about capitalism creating a “trickle down economy,” forgetting that at least in such an economy wealth is trickling down, whereas in a socialist one, once the government spends the confiscated wealth of the rich, there is no wealth to trickle down.

It is easy to manipulate the poor masses, especially when those masses are poorly educated and there is a wealthy target to direct their anger towards. Since its inception, Marxism has done this, just as it is here in the United States today.

In Venezuela, the anger over wealth inequality led to the election of Hugo Chavez as president. Chavez portrayed himself as an advocate for the poor, an image that survives until today. The poor, needing an advocate, are always quick to follow such a person, seeking the promise of personal financial gain. As we see in our own political process, those who champion socialism (the Democrat Party) gain votes by promising to give to the poor.

This single fact has led to the rise of many socialist and communist governments. Joseph Stalin of Russia, Adolph Hitler of Germany and Chairman Mao of China were all voted into office by the poor. Having the government give you things for free provides a lot of appeal to those who don’t have enough. It doesn’t really matter if these people’s lack is caused by poor work habits, poor choices or just bad luck. In all cases, having someone offer to give them “freebies” will almost guarantee a vote.

If you think about it, every political party in the last century, which has claimed to be the champion of the poor, has done so for the cynical purpose of garnering their votes. While they may have at least tried to meet that obligation once in power, their main purpose was to get that power. Once they had it, they worked to increase their control over the people, leading to dictatorships and communism.

Hugo Chavez was a dictator, not a president. He remained in power from 1999, until his death in 2012, to be succeeded by his hand-picked replacement, Nicolás Maduro. How did he do that? By fulfilling his campaign promise and giving to the poor. The money to make that possible required massive borrowing, putting Venezuela deeply in debt.

At the same time that the Venezuelan government was giving things away, they were also taking. Specifically, they were taking away private property, as all socialist and communist governments do. Probably the single most serious effect of this was taking farmlands away from their owners and declaring them state property. But the state didn’t do anything with that land, allowing the once-rich farmland to languish fallow. Rather than growing their own food, Venezuela became dependent on imports.

The Venezuelan economy, under Hugo Chavez was a one-product economy, dependent on the government selling their nearly inexhaustible supply of crude oil. But the price of oil, like any commodity, is unstable, and it dropped to half of the pre-Chavez price. This drastically reduced the nation’s income and the ability of the government to fulfill its welfare promises, without further borrowing.

To counter this problem, Maduro turned to the same solution that many others who don’t truly understand economics have, printing money. Since he took office, he has been printing money at breakneck speed, in a futile attempt to provide the people with money. But all he has really accomplished is to create massive inflation. In the last eight years, the Bolivar (Venezuela’s currency) has dropped in value from 10 to the American Dollar to over 8,000 per dollar.

Venezuela’s economy has reached the point where things are accelerating in a downward spiral. Maduro raised the minimum wage three times in just the first half of 2017. While this provided short-term relief for the poor, it has helped add to the country’s runaway inflation, causing increased long-term pain and suffering.

People in Venezuela are literally starving, due to the poor economic conditions and massive shortages. Inflation this year could top a whopping 2,000 percent. Those who live in extreme poverty lost an average of 17 pounds last year. But rather than using the country’s limited resources to take care of people’s needs or stimulate the economy in any way, Maduro has chosen to pay off his country’s debts to China and Russia, leaving his people without succor.

The situation has reached a point where international corporations are abandoning Venezuela or severely reducing their operations. Major players like Pepsi, General Motors and United Airlines are just some of the companies which have cut back on their investment in Venezuela. This is projected to lead to unemployment rates as high as 25%.

Of course, like any dictator, Maduro is blaming his country’s problems on the United States, specifically on sanctions that the US has levied against his country. But those sanctions are against Venezuelan leaders, not the country in general. Yet casting blame is a common tactic when faced with disaster.

Could This Happen Here in the United States?

It is easy to look at what is happening in Venezuela and dismiss it as nothing more than one more “backwards country” in trouble. But in light of the history of the country, that would be a mistake. While Venezuela is a much smaller country than the United States, there are many parallels between the two, especially when you compare pre-Chavez Venezuela to the USA.

To start with, both the Venezuela of yesteryear and the United States of today are wealthy countries. In both cases, like in much of the world, the wealth is in the hands of a small minority, which tends to make those who don’t have that wealth jealous. More importantly, there are those who are using that wealth inequality to foment class warfare.

This is nothing new. Hitler used the same tactic against the Jews. Lenin used it against the provisional government which had taken over after the abdication of the Czar. Left-wing forces, most often calling themselves “revolutionaries freeing the people” but in reality nothing more than Marxists, have used class warfare as a tool to gain power, as well as their justification for doing so.

Today’s Democrat Party is doing the same, working hard to create class distinction and the resulting class warfare. Movements like “Occupy Wall Street” and “We are the 99%” are all about demonizing the wealthy as stealing from the poor. Even our income tax system declares it, with a “progressive tax” that makes it so that the one-percenters pay the largest portion of the country’s income tax. Yet the messages is still constantly being put out by Democrats that they aren’t paying their “fair share.”

This puts us in the position where those who literally pay no federal income taxes have an incredibly strong influence, voting in those who will determine how much income tax everyone pays, especially those who are in that one-percent of top earners.

But there’s something even more dangerous going on, today’s Democrats can’t tell you the difference between the Democrat Party and socialism. It wasn’t always that way. But the best that any of them can do is try to throw out the term “democratic socialism” which merely means that the socialism is voted in by the majority of citizens. But as we’ve already discussed, Germany’s NAZI party and the Soviet Union’s Communist party were both voted into power democratically. There’s no difference.

The progressive-liberal push to turn the United States into a socialist country  could very easily turn us into the next Venezuela, if they ever gain enough power to control the vote in both houses of Congress, as well as the presidency.

The first major step in that direction happened during the first two years of Obama’s presidency. One of the major changes that needs to happen, for socialism to take over, is socialized medicine. While ObamaCare technically doesn’t qualify as being so, it is a major step in that direction. There are those who are saying it was meant to fail, specifically so that a “one payer” healthcare system, socialized medicine, could replace it. Had the Democrats retained control of Congress, that very well may have happened.

This is a battle which will never end, unless the socialists win. As we can see from Venezuela, as well as other countries which have become socialist, such a win would be nothing more than a loss for everyone.

Even if a perfect socialist state could be realized, it would only mean that everyone is equally poor, not equally rich. Just look at Venezuela.