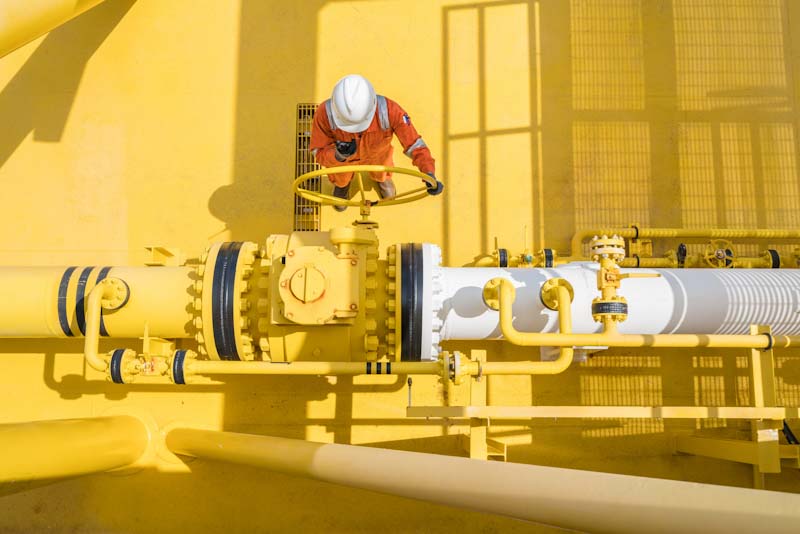 Living in a World Without Petroleum

Everyone has been watching the price of gasoline, seeing it climb to over four dollars per gallon and then slowly coming back down. The White House has been spinning the narrative as hard as possible, blaming the rise on Russia’s invasion of Ukraine, even though gas prices had already climbed a dollar per gallon before the invasion began. But then, just to keep things fair (?) they’ve been claiming that the prices coming down are all their doing.

There are two main things that are driving gas prices up and they’re both affecting price based upon the law of supply and demand. The first of these is the wellhead price of petroleum, per barrel, and the second is our reduced refining capacity. Several refineries were either permanently closed or converted to bio-diesel production; both being processes that would cost billions to reverse.

Add to that the negative political/social climate towards the petroleum industry and it becomes clear that none of the petroleum companies are likely to be willing to invest roughly five billion dollars in a new refinery, when one of our main political parties is hell-bent on shutting them all down.

There has been perhaps no greater demonstration of the far-left’s desire to shut down the petroleum industry than a recent encounter that happened in the House Financial Service Committee, where Rashinda Tlaib, a member of the infamous “squad” badgered Jamie Dimon, CEO of Chase bank, to divest from oil and gas, refusing to loan them money at all. Dimon’s response made it clear that he thought such an action was dangerous, as he said it “would be the road to hell for America.”

I have to agree with him. The left’s insistence that global warming is the greatest threat to human existence and that it is all due to fossil fuels is dangerous. We’re already seeing California tell electric vehicle owners not to charge their cars, because they can’t produce enough electricity, after putting in place a plan to stop allowing the sale of new internal combustion vehicles in the near future. California’s problem with not being able to produce sufficient electricity is largely tied into their push for green energy; the same culprit that almost cost the loss of the Texas electrical grid during winter storm Uri.

Electric cars may be great someday; but they aren’t there yet. Several areas of technology need to improve by orders of magnitude to make them practical. The same can be said for wind and solar power, which will never be the do-all and end-all that environmentalists claim, until a practical means of storing huge amounts of electricity becomes available.

Nevertheless, the push towards going green marches on and is likely not to stop. If those people who think that global warming is an existential threat were serious about surviving it, maybe they should invest some money into developing ways to survive in a hotter world, rather than punishing people, companies and countries for using technologies that we know work.

Should the left get its way, we’re going to see the petroleum industry gutted in the next decade or two. Without continued exploration, research, and building of new refineries, the petroleum industry will naturally decline. That doesn’t just mean a shortage of fuel for our cars, trucks and airplanes. It means a shortage of a whole host of other things which are dependent on a robust petrochemical industry.

The average age of refineries here in the United States is 40 years, with the oldest being about 120 years old. Considering that such things are usually built with a 50-year life-expectancy, maintenance costs on refineries will continue to climb, as the fleet ages. That will continue to push the manufacturing cost of all petroleum-based products up over the next couple of decades.

But the big scare here isn’t that gasoline will cost us more, it’s all the other products that we receive from the petrochemical industry. This includes plastics, pharmaceuticals, fertilizers, pesticides, solvents, perfumes and more. The same political movement that is trying to destroy the petroleum industry is also hard at work destroying all these industries, as well as those that depend on those materials to make their products.

Granted, the loss of the petroleum and petrochemical industries is going to be slow; but as the screws are being tightened on these companies, we can expect prices to rise on a host of products. It may very well get to a point where things which are commonplace become too expensive to buy.

Well, we’re the preppers, the self-sufficient ones. If anyone can weather this storm, it’s us. We just need to find ways of replacing the things which will be getting too expensive, with other things that we can make ourselves. Granted, we can’t make everything and so may have to make some decisions to do without. Nevertheless, here are a few key areas where we can start.

The modern pharmaceutical industry is an outgrowth of herbal medicine. Almost everything they “invent” starts out as something they find in nature. But because the pharmaceutical companies can’t file for a patent on naturally occurring substances, they have to come up with a way to nearly replicate what they’ve found, creating a chemical that will fulfill the same purpose, but is not exactly the same.

Fortunately, their efforts don’t stop the naturally occurring substances from working, as shown by herbal medicine. We can still grow plants that provide many of the needed healing properties, without the risks caused by using artificially created substitutes.

Then there’s our diet. Raising our own food, rather than eating GMO foods, raised on farmland that has had the nutrients depleted from the soil, can go a long way towards helping us stay healthy, so that we don’t have as much need for medicine. Even the physical work of gardening will help us be healthier, as it will help fight obesity, eliminating the risk associated with conditions that are caused by our being overweight.

Millions of things are made of plastics every day, including many parts used in the electric vehicles and wind turbines the same leftists love. Most necessary things which are made of plastic have been made of other materials in the past, specifically wood and metal. We can still find many of them made of those more expensive materials today, if we’re willing to pay the higher price for handmade things. The other option is to make them ourselves, something that we will probably need to learn how to do, should there ever be a breakdown of society.

Of course, as self-sufficient people, many of us like making things with our hands anyway; having extensive workshops where we can make everything up to and including furniture. While I doubt that any of us could create an iPad in our garage, the household goods that we can make will be much nicer than those plastic ones anyway.

Pesticides are something we can do without, simply by using alternate means of pest control. There are a number of plants that can be included in our gardens, which will protect them from a wide variety of garden pests. We can also employ beneficial insects, which eat the harmful ones, keeping their population down.

People farmed for centuries before the invention of modern pesticides. They are not a necessity, if we employ some of the same methods that those ancestors did. If they worked back then, they’ll work for us as well.

Chemical fertilizers are never as good as natural ones, in part because they don’t include all the same nutrients. The best fertilizers you can get are compost and those made from animal byproducts. Both composted manure and fish emulsion are excellent fertilizers, providing more nutrition than artificially created ones, whether those come from petroleum products or elsewhere.

Composting should be a part of every gardener’s plan anyway, as it not only provides a way of using clippings from the garden and waste from the kitchen, but returns those nutrients back to the soil, where they can help grown the next generation of plants.

Keep in mind that the plants in your garden need much more than just the three basic nutrients provided in most chemical fertilizers. While those three are the most important for general plant growth, other nutrients are needed to create the vitamins that we expect to be able to get from eating those vegetables. Without those nutrients in the soil, our produce isn’t as healthy as we think it is. That’s part of the problem with modern farming.

While perfumes might not be considered an absolute necessity, many do contain ingredients that come from the petrochemical industry, including scents. Yet there are many sweet-smelling things in nature, especially in flowers, which can make excellent perfumes. Long before the perfumes we know today existed, perfumers used natural ingredients which they would gather and use to make their products.

This has largely become a lost art; but the knowledge of how to make those perfumes isn’t lost. Learning how to make perfumes could easily create a side gig to earn extra money and would probably be a welcomed skill in a post-disaster world.

Granted, we’re not in any danger of losing our nation’s petroleum and petrochemical industries quickly; but it seems the writing is on the wall. The left won’t quit until they destroy that part of our economy, regardless of the cost. Then they’ll blame the problems they cause on someone else, “wreckers” who stopped making the things we need, rather than what they’ve done themselves. 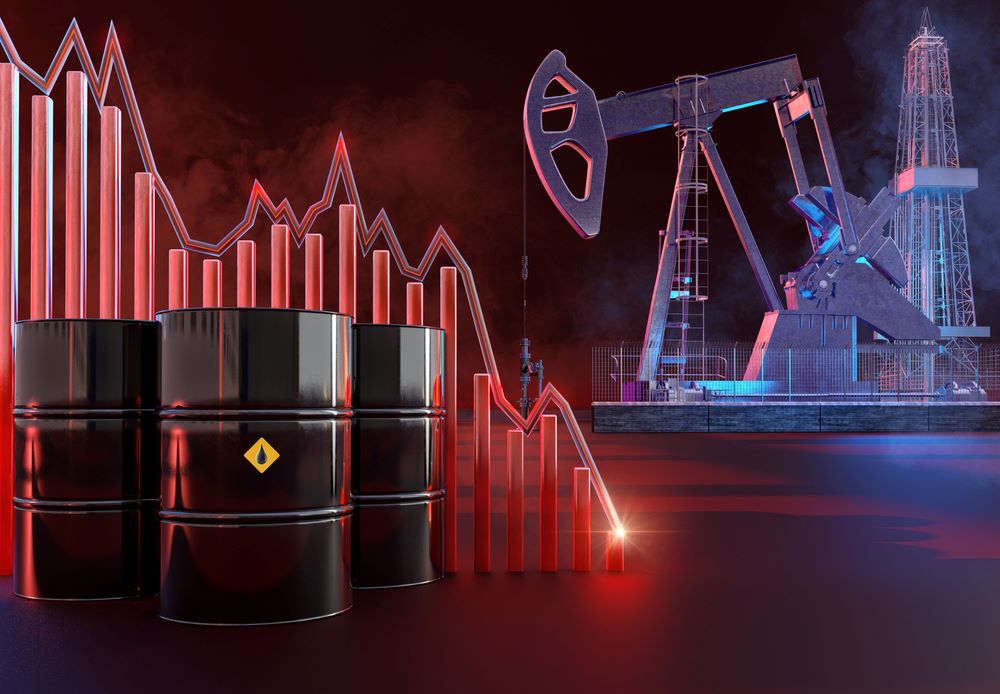 What To Do After The Collapse Of The Oil Industry