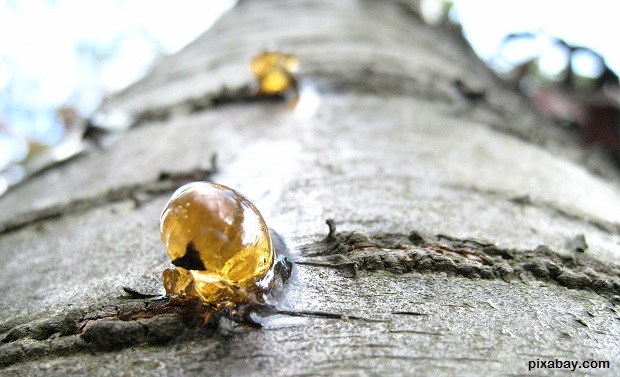 The Easy Way To Make Natural Glue At Home

Today’s article is not for glue-sniffers, but for preppers and/or homesteaders who want to make glue for their projects in a post SHTF world, or want to use home-made glue instead of buying it from the hardware store. Or maybe they like art, or have kids that are art-project happy etc.

There are a few reasons for making your own natural glue at home, and if you twist my arm hard enough, I can think about 100 survival uses of glue after an apocalypse. Don’t make me go there right now, okay?

One of them, is that making your own glue is way cheaper than buying it. Another one, and this is important especially if you have glue-happy kids, is that commercially available glues are usually filled with petroleum-based products and all sorts of chemicals. And kids, you know, are kids. Letting them play around with highly toxic stuff is not the best idea in the world, is it?

Truth be told, there are actually tens or even hundreds of DIY glue recipes available, many of them have been around for quite a while since, until commercial glue was invented, people had no alternative but to make their own. So, these recipes have seen some action and they’re “combat-proven”. Some of them are made with milk, others are flour-based, others use natural gums, and some use pine sap.

Another truth, and I must warn you folks, is that commercially available glues are still more effective than the homemade varieties, especially when it comes to heavy-duty stuff, so don’t try to use home-made glues for jobs they’re not suited for.

Just to let you know, you can easily DIY glue from junk, in case other ingredients are not available. See how this guy is making glue using a piece of styrofoam and a few drops of gasoline:

But there are so many other ways to DIY glue. Let’s see how to make the best “organic” glue in the world using only natural or non-toxic ingredients.

Paper paste is a cheaper, easier alternative to commercial glue or rubber cement if you or your kids have a huge paper pasting job to do; for example a big group-collage project or a science-fair display poster. The ingredients are as follows:

Now, with the ingredients taken care of, let’s see about the DIY part: you’ll have to mix the sugar with the flour, but gently. Add water gradually, but stir it aggressively because you need to get all the lumps out.

After the ingredients are thoroughly mixed, cook the mixture over low heat and keep stirring, until the paste turns gets clear. All you have to do now is to remove it from the heating source and, if necessary, add the optional alum-powder. Stir it and let it cool off a little.

Use a paintbrush to spread it over the cardboard or the paper respectively and before the paste dries, press and smooth the cardboard/paper to glue it properly.

That about sums up our first natural-glue home-made recipe. If you added the alum preservative, you can store your remaining glue inside a (covered) glass jar for a couple of weeks with no refrigeration required whatsoever.

Let’s move on to a more high-tech DIY glue project, namely a glue that is water resistant and can be used for more heavy duty/complex jobs than the previous recipe. The water resistant glue can be used successfully for metal, ceramics, glass or porcelain. I personally used it a few times for gluing aluminum foil to planks of wood for making a light-box, and it’s still glued and ready to go, though 3-4 years have passed.

This glue is very different from the flour paste because it can adhere to non-porous materials; however, it’s just waterproof, not heat-resistant. In other words, you can repair a broken mug with it, but don’t put that mug into the microwave or the dishwasher because heat will be the end of it.

Here are the ingredients for the water resistant DIY glue:

Directions: Use a small cup for pouring cold water over gelatin, for softening it up, and put the milk inside the microwave oven for a few seconds for boiling it, and after that mix it with the wet gelatin inside the cup. Stir the stuff vigorously until all the lumps have disappeared, and that’s about it!

This glue works at its best when it’s applied hot.. If this glue initially proves to be too runny for the job, let it cool off a little bit before you paint it on the respective surface. The glue can be stored using a covered glass jar for up to a week, and remember before re-using it to warm it over a pan of hot water.

That wasn’t so hard, was it? Let’s get it on with our third project:

Milk makes a great glue ingredient thanks to its high casein content. In case you are wondering what I am blabbering about, casein is a protein found abundantly in milk, which repels water molecules, meaning that it’s hydrophobic. Also, casein molecules repel each other; hence they remain suspended in the milk.

The trick is to add acid to the milk (vinegar is the acid in our case) and the casein molecules will start clumping together, making the milk curdle; to speed up the curdling reaction, you must put some heat into the mix.

The curdled lumps are basically casein, or in other words, natural plastic, and they’re very easy to filter out. If you add some water and a base, you can separate the casein molecules again, causing them to remain suspended in your DIY white glue. The stuff has a shelf life of approximately 14 days and it makes for a fun DIY project and also a pretty good glue in case of an emergency.

Here are the ingredients:

Directions: Using a saucepan, stir the skimmed milk together with the two tablespoons of vinegar over a source of heat (medium-low), but don’t let it boil. After the milk has curdled, remove the saucepan from the heating source and pour its content through a coffee filter. If you don’t have a coffee filter, you can use a cheese cloth or even a paper towel.

The filtered curds must be scraped inside a jar or a small bowl to smash them up. Using a separate container, dissolve the baking soda in water, then mix it with the curds slowly, until the stuff reaches your desired consistency. You can use the glue immediately for your project, or store it for later use, using a tightly sealed jar/container inside your fridge for up to fourteen days.

I know, it sounds weird, but this glue-recipe is absolutely awesome if you have kids obsessed with stickers. Why is that, you may ask? Well, this glue is 100% natural and it tastes great! Mucilage is that kind of glue which is used by painting it on a paper, letting it dry, then licked before gluing.

The mucilage is what the US Postal Office used for their stamps back in the day, and it’s one hundred percent both kosher and vegan. Of course, this recipe has little practical use, but you never know…remember that episode from Seinfeld, when George’s fiancée dies after licking toxic glue on wedding invitations? You don’t want that to happen to you, do you? Just kidding folks.

Here are the ingredients:

As a cool trick, you can add a drop of vanilla extract or peppermint for flavoring.

To prepare your favorite mucilage glue, all you have to do is to mix together all the ingredients and then stir into water until all the stuff gets dissolved. Add sufficient water to get the ideal consistency, i.e. something between honey and syrup.

If you’re the outdoors type, you must learn how to DIY glue using tree sap (also known as pitch glue), or in this particular case pine sap or resin. Pine sap glue can be used for lots of useful things, ranging from frog gigs to fish hooks or waterproofing your shoes.

You can find pine sap or resin on basically any pine tree, but also in some species of cherry trees. Just look for spots where the tree has been wounded (a broken limb or insects) and sap seeps from the respective wound.

Besides pine sap, the only ingredient required is charcoal, i.e. what’s left in your campfire, plain old charcoal. The first step in your tree-sap glue project is to melt the pine sap, using a tin can over a fire, or something similar. The charcoal must be crushed by using a stick or a flat rock until it makes for a fine powder. Mix the powder with the melted pine sap, in a 1:3 ratio (three parts resin, one part charcoal).

If you add too much charcoal, the glue will become brittle; too little, and the glue will not be durable enough. Remember to stir in the charcoal properly and thoroughly while the mixture is hot, because as the sap cools, it becomes hard as a rock. That’s about it; once the tree sap glue cools, you must heat it up again in order to use it.

I hope this article helped and you’ll have tons of DIY projects to develop using your favorite home-made natural glue. If you have questions or comments, don’t hesitate to use the dedicated section below.

Good luck, have fun folks, and click on the banner below to discover other secrets about natural homemade stuff!