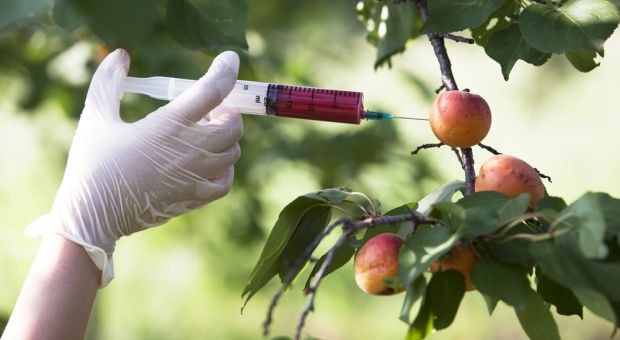 How GMO Food Kills Us

GMO stands for genetically modified organism, whether we’re talking about an animal (yes, there are GMO animals, and the Chinese are already experimenting with gene editing in babies), a plant, a microorganism or whatever thing that contains DNA which can be modified by transgenic technology and/or genetic engineering.

This artificial genetic modification creates something completely new, a combo of animal, plant, bacterial and virus genes, a completely new organism that did not occur in nature, or via traditional methods, like crossbreeding.

Also, you must know that a lot of products you’re consuming daily contain GMO. For example, over 90% of soy (or corn) is GMO, and soy and corn byproducts can be found in almost every processed food.

Let Me Tell You a Fact You Probably Don’t Know

Just like with the so called scientific consensus about global warming, science is settled and all that nonsense, the scientific consensus in regard to GMO is an artificial construct that has been falsely perpetuated. That’s an actual quote[1] from a statement signed by many physicians, scientists and scholars back in 2015.

Another inconvenient fact is that to date, there’s no epidemiological study (long term that is) aimed at investigating the potential harmful effects of GMO on human health. The vast majority of the research which deemed GMO foods to be kosher has been sponsored by biotech companies, which is the definition of conflict of interest.

According to a peer reviewed study[2] about GMO animal feedings, to put it simply, when it comes to food safety and GMO, the science is still out. Also, as a side note, you should remember that science is never settled. Anybody that’s telling you otherwise is lying and/or has an occult agenda.

Another interesting read is this overview[3] which sums up almost all available (as in public domain) research on genetically modified organisms. What you must remember is that almost all animal feeding studies were performed by biotech (read Monsanto, Bayer or whatever) or their associates[4].

And here’s a good website[5] for tracking GMO news.

Genetically modified plants are designed to resist the direct application of herbicides (read Roundup), or to produce themselves an insecticide. Basically, all GMO crops have been genetically manipulated to be tolerant or resistant to (patented) herbicide glyphosate chemicals (like Roundup), produced by companies like Monsanto. Also, GMO seeds (also patented) are designed to resist specific insects.

The herbicide-tolerant seeds use an enzyme derived from Agrobacterium tumefaciens, a soil bacterium that is, which confers them glyphosate resistance. Insect resistance derives from toxin genes borrowed from Bacillus thuringiensis, another soil bacterium.

Speaking of glyphosate, Roundup is the most used herbicide in the world, and it’s a mandatory “part of the deal” of buying GMO seeds from companies like Monsanto. Roundup has been patented since the seventies.

Speaking of toxicity, biotech giant Monsanto was sued[7] back in 2018 and forced to pay $289 million to a person (a school groundskeeper) who got terminal cancer due to using their popular weed killer Roundup. It’s interesting to note that a few years ago (in 2012), Gilles-Eric Seralini, a molecular biologist, performed a study for France’s University of Caen, which revealed that Roundup contains a proprietary ingredient, polyethoxylated tallowamine respectively, that  was more deadly to human placental, embryonic and umbilical cord cells than glyphosate itself. This specific inert ingredient in Monsanto’s weed killer amplified the overall toxicity of Roundup, yet the company still refuses to reveal the exact composition of Roundup, except from glyphosate, citing copyright issues/proprietary technology and things of that nature.

According to the Seralini study, the so called inert ingredients in Roundup were hugely toxic for the human body even at concentrations 100,000 times more dilute compared to products available on shelves. However, Seralini’s study was surrounded by controversy at the time, and the scientific publication that published the results retracted the findings after being pressured by the biotech lobby. The issue was claimed to be the fact that Seralini used too few rats to produce statistically coherent data, or something along these lines.

The problem with Seralini’s study was that his research linked cancerous tumor growth in rats fed with GMO foods for a period of 2 years.

Since GMOs are basically newly created life forms, biotech companies were able to obtain patents, which permit them to fully control the distribution of GMO seeds. Thus, the respective companies are now suing farmers whose crops have been contaminated with GMOs unintentionally, by pollen drifting from nearby fields.

Yet, there’s no scientific evidence that GMOs currently available on the market offer better draught tolerance, increased yield, enhanced nutrition value or any other benefit for the consumer, despite using the latest technologies from the biotech industries,. Moreover, lacking any serious evidence, and by evidence we refer to an independent and credible long term feeding study, GMO food safety is basically unknown.

If you want to see how the GMO lobby works, check out this article[8]:

The fact that GMO labeling is not enforced in the United States (or Canada by that matter) doesn’t help much with biotech companies’ credibility, despite the fact that the European Union, Japan and Australia require by law for genetically modified foods to be labeled.

“If you put a label on genetically engineered food you might as well put a skull and crossbones on it.”

And if you want to learn how the American public started consuming GMO foods 25 years ago, you must learn about the notion of “substantial equivalence”. To make a long story short, the FDA, the agency responsible for food safety in the US, certified GMO use in the US with zero prior testing.

This happened after he held a private meeting with the head of the Monsanto Corporation in St Louis Missouri. Monsanto at that time was the leading chemicals maker in the US (now it has been bought by Bayer, a German biotech corporation). Monsanto is famous for creating something called Agent Orange, a deadly toxin that was sprayed without restriction over the jungles of Vietnam during the war in the sixties, and created grotesque deformities in children that were born to mothers that had been exposed to Agent Orange, as well as the American soldiers that handled the substance. Well, that was Monsanto then.

In 1992, Monsanto and President Bush sat down in the White House and Monsanto convinced the president to make an exec-order, on the argument that this new field of bio technology (they used that nomenclature instead of genetic manipulation, for PR reasons) was a wonderful growth opportunity for the American economy. Se, we would become the world leader in this new area of science application. But in order for that to take place, we must let private industry have full freedom for its creative potential.

Now, if any of you have studied science or mathematics, and you think about linguistics, the word substantial is not a precise scientific term. It means “more or less”, or roughly equivalent. Well, this is not very precise, especially when we’re dealing with science or human life. The doctrine of substantial equivalence that President Bush signed into exec-order in 1992 mandated that no government agency, not the FDA, nor the USDA, would conduct independent, neutral, scientific long term research on the potential health dangers of exposure to GMO crops, because, by exec-order, it has been decided in the White House that GMO corn, or GMO rice or soy bean was substantially equivalent to ordinary rice or corn or soy beans. So why bother?

Just let it out into the public. And that began in 1994. The American population, their own people, became mass guinea pigs in the largest and most dangerous experiment in human history.

In closing, you must learn that at least 80% of all processed foods contain GMO ingredients (soy, corn, canola and cottonseed mostly), and the vast majority of Americans eat genetically modified foods on a daily basis. 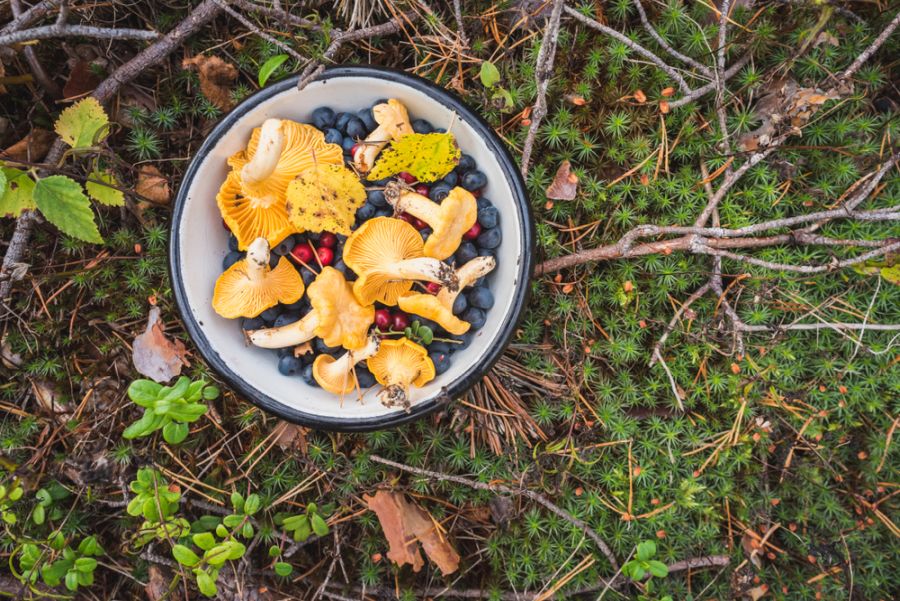