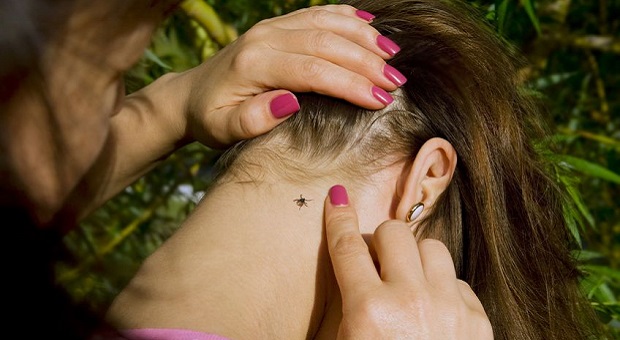 Danger In The Grass: How To Survive Tick Season

Now that the weather is warmer and sunnier, the grass is green again and the flowers are in full bloom, it’s a great time to go hiking and camping again. It’s also the perfect time for different types of bugs to stretch their legs and wings and start looking for prey.

That’s why today we’re going to talk about ticks since they are especially active from April through September and one of their prey is…well, us! It’s not necessary for a tick bite to become an emergency, but many of them carry a lot of diseases from tick-borne meningoencephalitis to Lyme disease, a disease that it’s not only crippling but really hard to detect due to its confusing symptoms. That’s why ticks deserve a lot of attention, and that’s exactly what we’re gonna give them today.

We’ll discuss everything you need to know about how to avoid ticks while being outdoorsy this spring and summer, what to do in case one gets on you and how to deal with its bite in both a normal situation and in a post-SHTF scenario.

How to Avoid Ticks

As with any problem, the best thing you can do about tick-borne illness is to prevent it. So the first, and most important step is to do your best to avoid ticks in the first place.

That’s why when hiking, camping or bugging out, make sure to avoid walking through deep vegetation, high grass and leaf litter. Ticks have a porous outer cover, so they lose moisture rapidly. That’s why they prefer darker, humid places. You should also make sure to walk in the center of the trails as much as possible.

While hiking, camping or bugging out in places where ticks are present, you will want to take the following measures in order to avoid ticks:

You can also use natural repellents such as:

Another thing to take into consideration is that ticks can get to your yard easily, increasing your chances of picking them up long after you took a hike or a stroll in the park. If your yard is close to the woods, make sure to use landscaping to set a barrier zone between the two. Use wood chips or gravel in order to create a separating zone. You will also want to discourage unwelcomed visitors (such as deer, raccoons, mice, rats or stray dogs) by fencing your garden.

If you have pets, they will also easily pick up ticks from walking through high grass when hiking or running in the park, or from interacting with infested pets. Make sure to ask your vet to check your pet for ticks during each visit, but also check them yourself daily at home and immediately remove any tick that you find. Ask your vet for tick preventives you could use on your pet.

How to Check if You Picked Up Any Ticks

As I mentioned earlier, you should check to see if there are any ticks on your clothes while you’re out and about and brush them off immediately. But you also must check as soon as you get to your home or shelter to see if any ticks passed through the clothing barrier and are attached to your skin.

Ticks prefer dark humid places so make sure to check the following spots using a hand held mirror and enlisting someone’s help if there are any spots you can’t reach:

People who shower right after taking a hike are said to be less likely to catch diseases from ticks, as they will find them earlier, before the tick has had a chance to feed and infect its host. Make it a habit to jump in the shower and check your skin as soon as you come home from hiking.

How to Remove a Tick 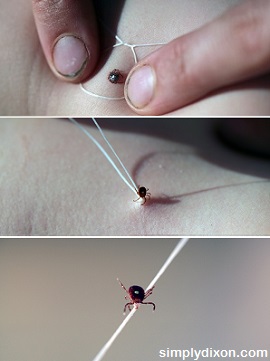 The first thing you will probably want do if you see a tick attached to your skin is to get that thing off of you ASAP. I know I would! But if you haven’t done that before don’t rush.

Removing a tick without paying proper attention might result in either leaving its mouth inside your skin or make it vomit, both of which will highly increase your chances of getting infected.

Ideally you should have someone handy who’s done this before or even see your doctor to have it removed. But in a survival scenario neither might be the case so here’s what you should do:

Of course, these are the official guideline that you’ll find all over the place when you’re searching for this type of information. However, in a SHTF situation you might not have everything on hand, like tweezers let alone a tick removing utensil. But there are other options too:

How NOT to Remove a Stick.

When it comes to removing ticks there are a lot of wives’ tales, but many have been proved to do more harm than good. Here are a few myth busters that will make you think twice before trying the first thing you can find on the Internet. 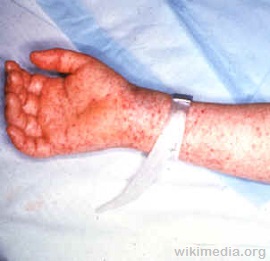 In case you haven’t found any ticks on your skin, but did find signs of a bite you should know that in general ticks remain attached to your skin for up to several weeks, so it probably was another bug that did the deed.

However if it looks serious and it doesn’t go away with some local disinfectant you should see your doctor about it.

Other than finding the tick on your skin, there are some signs that your bite might come from a tick and that it caused an infection:

If any of these symptoms appear, you should see your doctor who will prescribe you the right treatment. However in a SHTF scenario a doctor’s opinion may not be available for days, weeks or even more so at the first sign of illness the
treatment recommended is as it follows:

The dosage recommended for adults is of 100 mg every 12 hours, while for children under 45 kg (100 lbs): 2.2 mg/kg body weight given twice a day. Patients should be treated for at least 3 days after the fever subsides; the standard duration of treatment is 7-14 days.

There are proponents of natural medicine who are saying Lyme disease can be cured through natural remedies. But given the fact that it’s an infection, and in a post-SHTF scenario you must make sure you recover as soon as possible, rather than in time, I would use see the natural remedies as adjuvant rather than sole treatment.

If you have other tips on how to keep ticks away or safely remove them from your skin, please share them with us in the comments section below! 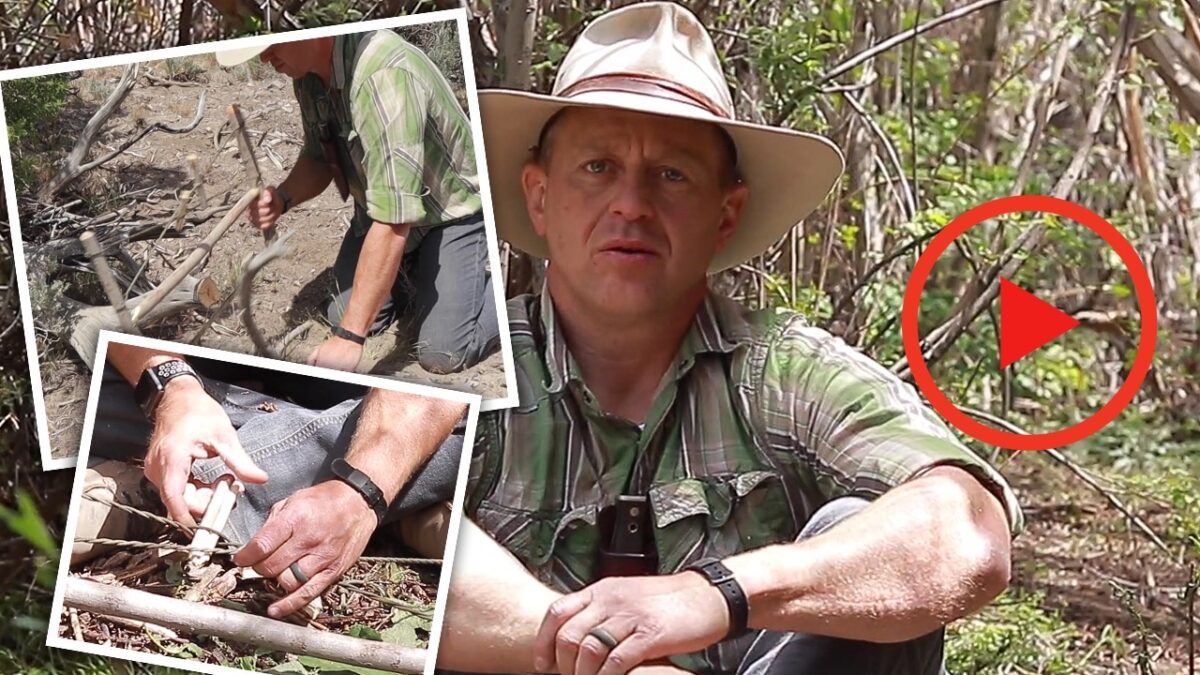