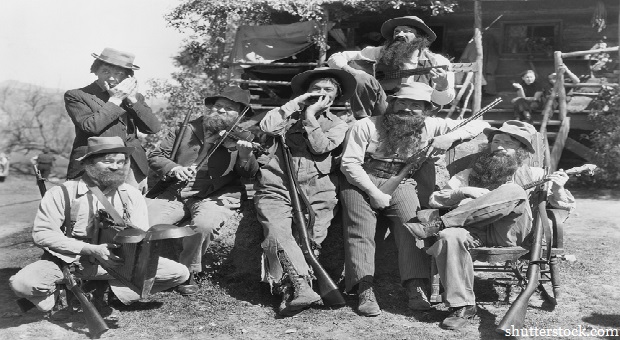 8 Pioneer Skills We Must Not Lose

From their first arrivals in the states of Virginia and Massachusetts in the 1600’s, early pioneer American settlers continued pushing westward behind a constantly moving frontier.

Venturing bravely into wild unchartered territories went trappers, hunters, fur traders,  frontier soldiers, surveyors, and the first pioneer farmers. These farmers learned to tame the land and make it produce what they needed.

No matter what their surroundings were, the pioneers depended only on themselves and the land. Self-reliance was a crucial requirement on the frontier. Wild game provided sustenance and leather, warm clothing. Early settlers gathered wild vegetation like fruits, berries and nuts.

Logs were split into rails to create zigzag fences that enclosed their clearings.

With the lack of an easily defined kitchen area, cooking over open fire differed substantially from kitchen cooking as we know it today. As a result, early pioneers and even backpackers and campers developed specific techniques and equipment for preparing hot food outdoors.

Dutch ovens are traditionally associated with the American Old West. These pots were traditionally specially designed with legs and handles, to suspend the pot over a fire.

The dutch oven is placed on a bed of hot coals, most often from a keyhole fire with added coals placed over the top of the lid, Dutch ovens were and still are a convenient way to cook dishes that require longer cooking times – like stews, soups, joints of meat, and some baked goods.

Earlier pioneers constructed pot hangers to cook over open fires and this method was used historically in home fireplaces prior to the invention of traditional stoves. Two iron bars were placed vertically with an iron cross-piece that allowed the pots to be hung at various heights or over various fire temperatures.

The same system was used to hang grills, skewers and griddles over the fire.

Early and safe food preservation played a vital role in pioneer living. Without means of refrigeration the only option for maintaining edible meat was proper preservation by smoking the meat . An old pioneer recipe for curing and smoking hams is still used today by a few die-hard pioneer living folks.

Most folks today, however, take a shorter route to meat preservation through canning, freezing or dilution methods applying “smoked” chemicals directly to their meat.

An old-time pioneer settler named Everet Starcher of Sinking Springs shared his own directions for smoking hams in 1976. He was well into his 80s when he shared this recipe:

“Put your hams on a table or flat surface where mice or nothing can get on them. Rub Morton Salt Sugar Cure liberally over the cut surface of the hams.

There is a place in the hams where you can put your finger in, so be sure that you fill that cavity with the sugar cure.

Let your hams “cure” on the flat surface for a month or month and a half.

For your smoke, use hickory, sassafras or corn cobs. Smoke about four days. Some people smoke them for up to two weeks.

You can tell how brown the hams are getting.

The fire is for smoke only, a very small fire. You might use an old iron pot placed inside another heavy metal surface so it doesn’t burn the floor.

All you want is a trail of smoke coming up toward the hams which will be hung by placing a heavy wire through the shank and securing the hams to a rafter or ceiling of your smoke house.

After you have finished smoking the hams, run them liberally with black pepper. Use plenty. Then wrap the hams in an old sheet or something and put each ham in something like a muslin bag or cotton feed sack.

Canning was also a very familiar preservation method. If you are familiar with canning fruits and vegetables then you’ll know how to can meat too. All you have to do is make sure that you take the meat’s temperature high enough to kill all bacteria before sealing the jars.”

Our early pioneer ancestors used many impressive skills for survival.  Game tracking skills were perfected and used to find and hunt and kill animals. Yet no part of the hunted animals was ever wasted.

Various animal parts were used for tools, clothing, food, weapons, arrows, snares, traps, clubs and tomahawks. Even more impressive was their ability to discover and remember, while hunting, which plants, or various parts of plants, were edible and how to properly prepare them.

Knowledge of which plants could be used for medicinal purposes was crucial, and knowledge of properly preparing the medicines meant life or death for many. Through trial and error, concise communication and an instinct for survival, pioneers discovered how to find their way through mountains, forests, rivers, and unfamiliar terrain without the aid of maps or compasses.

Before water supply arrived on the scene as we know it, a well on your property was crucial to pioneers to provide fresh, clean water, As a bonus, they never had to worry about city water that’s full of fluoride and chlorine like today’s city water is.

Even in today’s survival preparation world, digging your own well for water is an excellent idea. It avoids dependence upon third parties and keeps you off the grid. All things considered, learning how to dig a proper well is a valuable lesson that every modern day pioneer or prepper should master.

Early pioneers used sewing for more than just darning socks or reattaching a button. But, in those days, sewing was also used quite often for sewing up wounds. Hospitals in pioneer days weren’t in abundance as we know them today,  so when there was an open wound that needed “stitches,” literal “stitches” were used with needle and thread!

I’m sure when an occurrence that required closing a wound with stitches happened, the sufferer must have longed for a simple hole in their clothes.

Using copious amount of wood ashes (that were plentiful from wood splitting) and using animal fats, early pioneers made their own soap. Soap making were yearly or semi annual events that took place on the homesteads of these early pioneers.

Since animal butchering took place during autumn, soap was made that time of year in order to get the most use of the large surplus of tallow and lard that the butchered animals produced. On the homesteads or farms where butchering didn’t take place, soap was usually made during the spring using ashes left over from winter fires and wasted cooking grease, that had accumulated and been stored throughout the year for this very purpose.

Some of the earliest pioneer gardening techniques that are still practical and helpful today include:

Spacing your thinner plants at the maximum recommended distances  (or even more). This method offers optimal air circulation, and a highly increased drought tolerance.

Amend soils with finished compost (this increases the soil’s ability to effectively hold moisture and store more nutrients.) For best results, use organic amendments that are well decomposed, such as peat, or aged manures.

Early pioneer settlers were excellent carpenters. On each new frontier these pioneers crafted homes for themselves, using only what was provided by the surrounding wild land.  In the great forests, these lands provided much needed timber.

These early pioneers’ essential tool was simply an ax. This one simple tool, plus countless days of back breaking work, cleared the entire forest for the year’s plow. Then, the ax was used to shape a pioneer shelter.

When a family of pioneer settlers arrived at the chosen spot they planned to build their home, they began by chopping tree saplings and crafting trimming poles to build what was called a “lean-to.” A cross-pole was laid between two forked trees.

Then, utilizing the strength of their oxen or horses the logs were rolled up and banked (or sealed) with mud and dirt to form the first low back wall. More poles were then laid and slanted upward, from the back log to the existing cross- pole.

A sloping roof was crafted and  covered with thick bark and branches to help protect the home from the elements. These early homes were what the pioneers called their “half-faced camps.” The homes always faced south, to avoid wind and rain. In front of the open side of the home, they dug fire pits.

Logs lay smoldering there all day and all night, providing warmth and protection.

Discover The Lost Ways: The Man Behind The Book