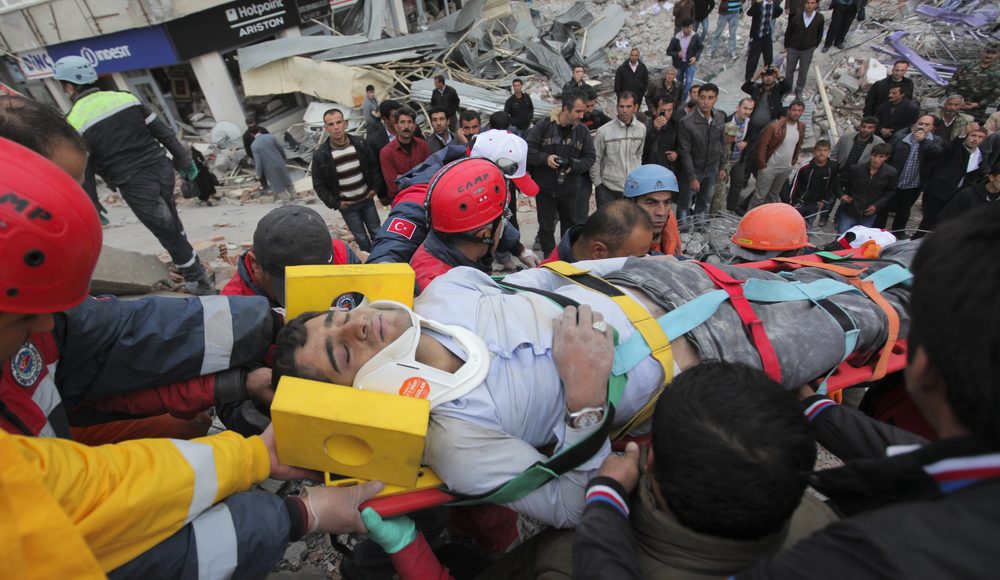 We citizens will very likely be on our own during the initial stages of most types of a catastrophic disaster.

The first few hours of such disaster are also when most lives are saved. By the time professional first responders are requested, mustered, and transported from outside the disaster area, many patients with severe bleeding, shock, or blocked airways will have expired and many lesser injuries will have become life-threatening without treatment.

The earthquake that occurred in Mexico City in 1985 killed as many as 10,000 people. People spontaneously mobilized to help each other. These untrained volunteers saved about 700 lives, but they did so at a cost of 100 volunteer fatalities. That’s one dead volunteer for every 7 lives saved and even more injuries.

For every rescuer that is injured or killed, the number of victims increases by one, requiring anywhere from two to six additional rescuers. Anytime people who normally fly a desk for a living head into a disaster zone to run chainsaws, move debris and expose themselves to pathogens extricating victims, injuries are bound to happen. Fortunately, much can be done to prevent additional injury and to do the greatest good for the greatest number of people.

Fortunately, citizens don’t need to learn how to conduct LSAR operations on their own and join one of the many community-based or faith-based volunteer programs out there. Such programs are called VOADS (Volunteer Organization Active in Disasters) and there are many benefits to joining one:

Before volunteer rescuers set out to help others, they should don personal protective equipment that provides a line of defense against accidental injury and exposure to pathogens.

A size-up assesses the situation and determines a safe plan of action.

Decide whether to attempt LSAR based on answers to the following questions:

Before entering a building, assess the damage to determine if it’s safe to enter. If the building is lightly damaged, you can stay and play. If it’s moderately damaged, enter only to save lives and get people out. Heavily damaged buildings should not be entered by LSAR volunteers under any circumstances.

See my article on marking homes for instructions on marking buildings before you enter and once thestructure has been cleared.

Use a systematic search pattern, stopping frequently to listen.

We have already examined PPE, but here are some tools that will make an LSAR team much more effective. If you’re able, gather them and keep them staged in case of an emergency.

Cribbing involves safely lifting, leveraging and supporting debris pinning victims and then removing the survivors. Ideally, a cribbing team should include at least five members.

The object pinning the victim may also be controlling bleeding so the patient must be treated and transported quickly once the object is removed. The team must be prepared to do control bleeding and move the victim once the object has been lifted and supported.

2 x 2 box cribbing uses two pieces of cribbing per layer. 3 x 3 box cribbing uses three pieces per layer. Cribbing pieces should be #1 grade 4” x 4” or 6” x 6” softwood lumber. Wooden cribbing should be left unfinished and unpainted. Plastic SAR cribbing is also available. The height of a box crib should not exceed three times the length of the lumber used, so a crib built with 2’ long lumber shouldn’t exceed 6’ in height.

The victim can be dragged clear of a hazard by either the feet or the shoulders.

Applying these principles will help you help your neighbors in an emergency.