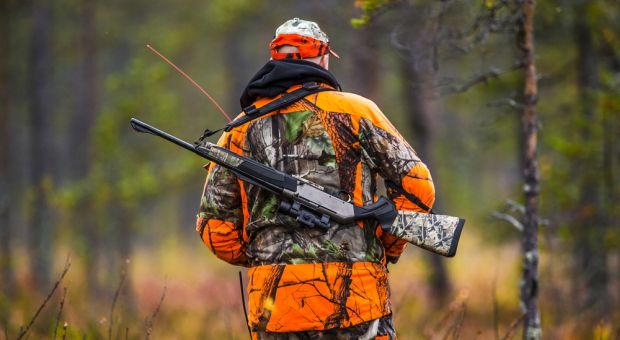 3 Veteran Methods To Save You In The Wilderness

I’ve spent a lot of time in the woods through the years, hunting, fishing, backpacking and camping.

I never tire of it. I’ll have to admit though; I’ve had a few mishaps there as well. Things don’t always go as planned and I’m just as liable to make mistakes as anyone else. Sadly, I’ve also been on a few search and rescue missions where people’s trips outside of the confines of civilization went much worse than my own. The reality is, any time we leave what we call civilization, we are putting ourselves in the hands of Mother Nature.

We have to realize that those aren’t exactly the most loving hands around. Mother Nature is a hard teacher and the grading curve could cost you your life, if you fail the test.

This is where many people make a huge mistake. They think they’re “just” going for a hike or “just” going hunting for the day, as if it being a day trip mysteriously makes it safe somehow. Reality is far from that however. The amount of time we are in the wild doesn’t make a lick of difference. If anything, a short day trip can be more dangerous, just because we aren’t well prepared for anything going wrong.

There are many different things that can go wrong on a day trip into the wilderness, but the most common are:

• Getting lost
• Weather changing rapidly
• Falling into water, especially just before sundown, and getting hypothermia
• Injury
• Getting shot by a stray bullet (especially during hunting season)

Any of these situations, and more, can turn a simple day’s hunting into a fight for your very survival. And don’t try to tell yourself that they can’t happen to you… they can. Every year I hear cases of each of these, without fail.

Personally, every time I have had problems in the wilderness, it has been on a day trip. Likewise, all of the search and rescue operations I’ve been on have involved people who were on day trips. I’ve heard of people getting in trouble on longer trips, but those people usually have the means to help themselves. That makes all the difference in the world. What has made it possible for me to survive my own personal mishaps in the wild has been a combination of having the knowledge of how to survive in the wild and the equipment to use.

The Boy Scouts have always had it right: “Be prepared.”

I leaned that as a young scout and it has stuck with me all my life. I don’t care what situation any of us find ourselves going into, we should always go prepared. I have a concealed carry permit for that very reason. But I don’t stop myself at carrying a gun, expecting that to solve all life’s problems. Guns are useful tools for certain situations, but there are other tools which are just as valuable to carry.

When venturing into the wilderness, this means carrying the necessary tools to survive. We have to assume that we’re going to be in the woods, or whatever wilderness situation, much longer than we expect to. Something can always go wrong, as I mentioned in that short list above.

Okay, let’s get a bit more specific about that. What exactly should we carry with us, if we’re going into the wilderness for a day’s hunting?

• Survival kit (I’ll get into more detail in a moment)
• Canteen or camelback filled with water
• Extra ammo for your rifle or shotgun (you can use it to signal)
• Sidearm (you might lose your rifle or lay it down for a moment)
• Good, sharp hunting knife
• Solar charger for your phone
• Rain poncho (even if there’s no forecast for rain)
• First-aid kit (military IFAK is ideal)

I realize that most people won’t want to carry anything extra with them, especially while traipsing through the woods, carrying a heavy hunting rifle. But there’s really not much on that list, which you wouldn’t be carrying anyway, if you’re an experienced hunter. My main additions are the survival kit, IFAK, extra ammo, rain poncho and a solar charger. If you can’t carry that, I’d suggest a few trips to the gym to get in shape.

Obviously, the two major items of concern here are the survival kit and the IFAK. How big a survival kit you carry is up to you, but I’d recommend going for something a bit better than one that you can fit into an Altoids tin. I actually carry a cross-body EDC bag, which makes my survival kit a bit more extensive than most people would want to bother with.

Any survival kit needs to meet your basic survival requirements. That means it has to provide you with:

I’m leaving first-aid and self-defense out of that list, because I’ve already mentioned carrying an IFAK and you’ll be carrying a gun. A couple of other items, which you might want to consider, which aren’t on that list are:

• Personal medications you take for chronic health conditions
• Compass
• Topographical map of the area you’re going to be in (few bother with this, even if they carry a compass)
• Tactical flashlight with extra batteries
• Honing stone for your knife
• TP or Kleenex to use in its place (maybe not a survival item, but useful nevertheless)
• Money – just in case

Ok, so how much am I actually talking here? Everything I’ve added to your basic load will be less than five pounds, including carrying along some extra ammunition. Is that really too much to carry, to ensure your own safety?

But it’s not really enough to carry along the right gear, unless you have the knowledge to go with it.

You can give the world’s best survival kit to a five-year-old and they won’t survive, because they don’t know what to do with it. Sadly, there are adults around, especially living in the city, who don’t have much more of an idea, than that five-year-old. Learning basic survival skills really isn’t all that hard, and can even be fun. After all, that’s what most of us did, if we were in Boy Scouts. The same bushcraft skills that we learned back in the Scouts, are the same skills needed to survive.

Even so, let me add this; assume that you’re going to be dealing with bad weather. It’s a lot harder to survive when it’s raining, than it is when the weather is good. Rain makes it harder to stay dry, build shelter and start a fire; all three of which are necessary to avoid hypothermia.

Obviously, any hunting trip requires a little bit of planning.

You certainly don’t want to head off hunting, only to find that you’re out of ammo. While that may not be likely to happen, it is extremely common for hunters to head out into their favorite hunting area without having done the necessary planning to ensure that they’ll make it back home, if something goes wrong.

We’ve already talked about making sure that you have survival gear and a first-aid kit with you with you; but that’s not all you need to do, in order to prepare for your trip. Remember, we’re operating under the assumption that something is likely to go wrong; therefore, there are other things you should do.

I mentioned earlier that it’s a good idea to have a topographical map with you. You can download these for free from the USGS website. Laminate it or at least put it in a plastic sleeve, to protect it from getting wet. Even if you know the terrain well or there aren’t readily identifiable terrain features you can use to find your way, a topographical map can provide you with one of the most important pieces of information you need to have, in order to survive – where to find water.

The other major thing you need to do is to tell someone where you are going and when you expect to be back. This is a very important part of any potential rescue operation. While game wardens and park rangers look for abandoned vehicles and other signs that someone might be lost in the woods, the fastest way for any rescue operation to be initiated is through a call, when someone doesn’t return back home when they were supposed to.

So the person that you use as your point of contact not only needs to know where you are going and when you’re coming back; but also knows to call for help, if you don’t come back when you’re supposed to. That’s the key; as rescue workers take those calls seriously.

Of course, that means that you will have to keep in touch with that person, letting them know if your plans change or something delays you from returning. But with everyone having cell phones today, that shouldn’t be much of a problem. All it takes is a little coordination between you and them.