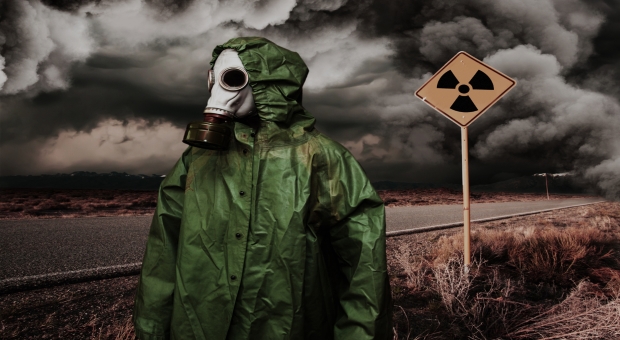 That will certainly lead you to some weird looks, and some people may even judge you for it. That’s because most people can’t see the range of problems our society has nowadays…

And we must admit it: there are extremists everywhere, no matter their cause or belief. Left vs. right, one creed vs. another, one ideology vs. the next, and yes, that includes preppers too, but that doesn’t mean we’re all like that… most preppers are sensible people.

Unfortunately, thanks to this kind of TV show, most Americans believe the preppers portrayed on television are the norm and that we are all are like this. But the truth is gradually leaking out. Even true and experienced preppers think that some of these people are extreme and have unrealistic expectations about society, nature and even those in charge of our country. And yet, despite this image, I am proud to call myself a prepper…

Let me unfold that for you…

When I used to tell people that I was a prepper, I got asked questions I did not believe were serious at the time. Some of them were  insulting and others were laughable. But on average, however, I can confidently say for most of us none of them were remotely true.

Myth #1: Being prepared is about having enough ‘stuff’.

This could not be more wrong.

Of course your chances of making it through any disaster will be increased if you have the right gear to stay warm, hydrated and fed, but even if you have the most expensive canvas tent money can buy, it does you no good if you cannot carry it, set it up, or know how to make sure it doesn’t get blown away. What good is having a lantern to light your way if you have no skill in how to light it?

Prepping is about having that knowledge. The kind that allowed our ancestors to survive through the ages and has only recently—bizarrely—been shunned. I mean, it wasn’t so long ago that the average man or woman knew how to garden, hunt and prepare meals from scratch. Not to mention how to navigate, reuse items and more. Skills that we’ve lost.

I’ve been asked more than once if we fill our rooms to the ceiling with freeze dried and packaged food, or with toilet paper and first aid supplies, or even ammo…

This is how preppers have been described on various TV shows and, once again, that’s why most people think we’re all the same.

Why is this nonsense? Because most people cannot afford to buy a year’s worth of toilet paper in one go or fill the cupboards with enough food to last 6 months for a family of 4. We get by the same as most anyone else. Paycheck to paycheck. But what makes prepping great is you don’t need a hoard of supplies to be prepared. Small things can make a huge difference. Everything from a bugout bag to a flashlight. Prepping can be cheap.

In short: you don’t need to spend an arm and a leg. Often the basics are enough to get by.

Myth #3: Preppers are all heavily armed.

Who has a grenade launcher for their family’s protection? Especially when there are far more efficient forms of defense out there. This reality also takes us back to a previous point: who can genuinely afford all of that? I’ll tell you who: no one. Especially in this economy.

Being armed to the teeth isn’t even your best defense. In fact, the reality is much more subtle.

Often, your best defense if to look harmless and poor. Neither a threat not a worthwhile victim.

Being a prepper means you’re the kind of person who thinks in advance so nothing will take you by surprise. This kind of mentality is what kept our ancestors alive throughout the ages. Why should we abandon it now? Especially when the reality is so much more virtuous.

And if you’re true to yourself, you’ll realize no matter how skilled or informed you get, there’s always something more to learn. And that’s where we come in. That’s why you can now have your say and get the exact information you need from now on, from Survivopedia.

It’s quick, it’s easy to do, and it’s a helpful hand you’re giving to yourself.

Create your own user feedback survey