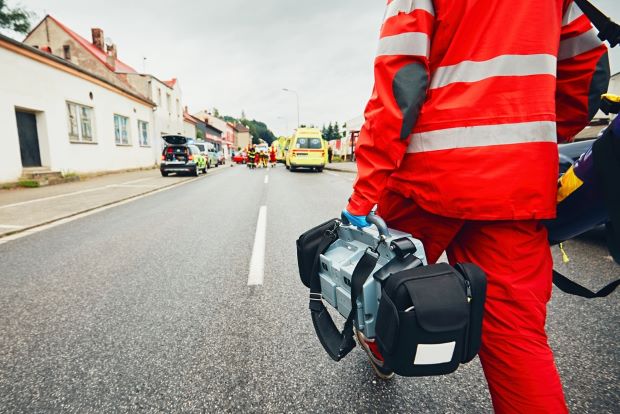 The news has been full of talk about the coronavirus these days; so have prepping websites.

It seems that this pandemic has really captured the imaginations of people around the world. Between the speed that the disease is spreading and the way the mortality rate is climbing, I really don’t blame anyone for their concern. But that’s not to say that I’m going to join any sort of panic, such as what it looks like the mainstream news wants to create.

That panic is manifesting itself in people buying masks by the hundreds. I’ve looked around my community, just from curiosity, and can’t find masks anywhere. I’m not just talking about medical masks, you can’t buy dust masks or respirators either. Even toilet paper is becoming hard to find, as people stock up on it. Toilet paper?

We’re the “No Panic” Community

By and large, fear or panic comes from not knowing what to do. That’s the opposite of who you and I are. We’re the ones who are prepared for disaster, so know what to do when it comes. We don’t have any reason to panic, because we have trained ourselves.

Recently I was at my workshop when there were a major gas leak and explosion a few blocks away. My wife, who works for the city, heard (and could see) the explosion from her office in City Hall and called me, nearly in a panic because it was so close to my workshop. There was an order from the city’s Emergency Operations Center for people to shelter in place, so she advised me to lock myself in my car.

Well, I got in my car to avoid the gas, but I didn’t shelter in place. Calmly assessing the situation, I decided that it made more sense to clear the area than it did to stay where I was. Looking on Google Maps, I quickly determined the quickest way to clear the area and took off. By the time she called me back, a few minutes later, I was outside the police perimeter at a safe distance from the gas leak.

What was the difference between my wife’s reaction and mine? I’m trained in survival and she’s not. We haven’t been married all that long, so I haven’t had a chance to bring her up to speed yet. We’re working on it. I don’t blame her for her reaction, because she didn’t have the training to mitigate the fear.

My first wife never really learned how to overcome that fear. That was always a problem for her when it came to prepping. She prepared out of fear, which was problematic. It meant that she only prepared when she was afraid of something, rather than as a way of life. Because she was afraid, she could only work on preparations for a short while, before the fear overcame her and she had to quit. Things that were in her area of responsibility didn’t get done and what did get done was haphazard.

At least part of the reason for that was that she looked at prepping only as having the stuff we needed to have, in order to survive. She never bothered to learn any survival skills. She couldn’t even start a fire. Rather, she was depending on me for everything, instead of learning it herself.

Applying this to the coronavirus or to any other potential situation, we should fall back on our training, rather than becoming afraid of whatever the media is hyping this week or next. There is a solution to just about everything if we take the time to learn our survival skills and to think things through.

Recognize the Crisis for What it Is

Have you ever noticed… not all crises are created equal? I realize that’s a bit facetious, but I see too many people trying to treat them all the same. No matter what the crisis, they do the same things to get ready for it. That’s bad enough when it’s all those unprepared people out there; but when it’s happening amongst us, I get concerned.

I live in a hurricane zone, so I’m used to seeing people prepare for a hurricane. There are certain things you can count on the local Wal-Mart running out of; flashlights, bottled water, tarps, and some food items, like Strawberry Pop-Tarts. I’m not sure why Pop-Tarts sell out before a hurricane, but apparently it’s a thing. Our friends at Wal-Mart have figured that out and stock up on them before every hurricane.

But why would anyone need flashlights, tarps and bottled water to survive a pandemic? I don’t know of any disease, save a computer virus, that’s likely to shut down the electrical power. Yet people are buying as if they are expecting the power to go out.

That’s bad enough amongst the unprepared, but I’m seeing a form of it within the prepping and survival community as well. It’s a bit different, but it’s there. With us, it takes the form of acting like we’re preparing for a long-term disaster, rather than a short-term one.

Even so, there’s really no reason for stocking up on MREs or toilet paper in preparation for a pandemic. Should a general quarantine be called for (which I doubt), then the most it will last is 30 days. Coronavirus has a 2 to 14 day incubation period, with the worst possible outlier being 27 days. So a total quarantine of 30 days makes it impossible for any new cases to appear. Once the 30 days are over, life goes back to normal.

Chances of the power going out or our water supplies being disrupted because of the disease are minimal. About the only way that could happen is if every employee of our local power company or water utility were to come down with the disease simultaneously and be hospitalized. Even then, I imagine others would come in and keep those services running.

Keep in mind that the mortality rate of coronavirus isn’t like Ebola. While it is considerably worse than the flu, according to the numbers of fatalities versus those who have recovered, the worst case is 6% and that’s in China. Currently, the WHO (World Health Organization) is stating a mortality rate of 3.4%. So at its worst, the coronavirus can’t come close to being a TEOTWAWKI event.

With a maximum potential quarantine of 30 days and minimal chance of disruption of utilities, the coronavirus is a short-term survival situation, in my book, not a long-term one. That’s the way I’m treating it. What does that mean? A number of things.

To start with, I have no intention of getting into my survival stockpile, other than the possibility of hazardous materials suits, gloves, and masks, if it turns out that I need them. I have enough food in my pantry to last 30 days, so I don’t need to use my stockpile. About all I’m going to do is make sure my freezer is full of meat.

There are two reasons I’m thinking of using the hazardous materials suits, gloves and masks in my stockpile, rather than buying any. The first is that they were bought for such a situation; so it is appropriate to use them at this time. The second is that people are going crazy, buying these items, which has driven prices up considerably. I don’t want to pay those prices. It’s better to use what I have and replace it later.

I know that sounds a bit strange; but remember, the chances of losing power in the midst of a pandemic are no different than they are any other time of year. So there is little risk of my losing that meat. All I’m really doing anyway is just bringing it back up to full. The freezer works more efficiently when full, so I normally keep it that way anyway.

As for water, I expect to continue using tap water. I filter all my water anyway, running drinking through my own filter system anyway. Our water here has a high mineral content, so I find that filtering it helps the taste. We’ve also had a couple of “boil water advisories” in the last year, where government authorities recommend that consumers boil their tap water before drinking it because normal testing found the tap water to be contaminated with pathogens. With that potential risk, I’ve decided that all our drinking water will pass through my system.

Other than the meat in the freezer, the one thing I did to stock up was to buy some more hand sanitizer. While I have hand sanitizer in my stockpile, I recognize that I will be going through more of it in the upcoming months, than normal. My wife and I will both be using it every time our hands have contact with anything or anyone outside our homes, as a precaution. While we do that a lot anyway, just to avoid catching the flu, we’re going to up our game a bit.

Keeping your hands clean is actually the best thing you can do to help prevent yourself from catching the coronavirus or any other contagious disease. More people catch these from touching contaminated surfaces (including other people’s hands) and then touching their food or their face than any other way. It’s a whole lot more effective than wearing a mask.

Do you see what I’m doing here? I’m taking care of what I need to, based upon a realistic evaluation of the situation, not as a reaction to what is going on or what the news is saying. There’s no reason to panic, so I’m not bothering to do so. I’m just taking care of business like I need to.

Should things turn out differently than I’m saying, I still have my long-term stockpile to fall back on. I don’t expect to need it, but it’s there if I do. But as it is, other than that hazardous materials gear, I can make it through whatever I need to, without having to depend on it.

This way, I also manage to keep my stockpile intact, in case the current situation is followed by another, more serious, event. At some point in time, I’ll probably have to use that stockpile, but the longer I can keep it intact, the better off it is for me and for my family. We won’t find ourselves in the situation of having already used up the things we need to have, in order to survive.