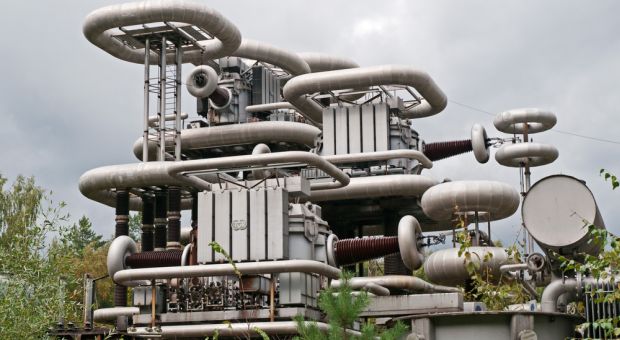 Is The EMP Issue On The Table Again?

The ugly specter of EMP (electromagnetic pulse) has raised its head again, with the release of a new report by the Air Force’s Electromagnetic Defense Task Force, of the LeMay Center for Doctrine.

This report, which is the compilation of data from 40 agencies, gives the most sobering analysis of the potential results of a EMP attack on the United States, verifying some commonly held beliefs, such as the likely death of up to 90% of the population, as well as bringing to light some new risks, such as:

Many preppers have stopped worrying about an EMP, since President Trump’s historic summit with Kim Jong-un, but it is clear that the threat of an EMP attack from North Korea hasn’t gone away. While they have curtailed their provocative test program and are no longer launching missiles over Japan, they haven’t shut the program down. Current estimates say they have as many as 60 nuclear warheads, already miniaturized to fit in missiles and they have proven that they can produce hydrogen bombs.

North Korea isn’t the only threat out there either. It has long been known that Iran has been pursuing both nuclear bomb technology and intercontinental missile technology. The flap over former President Obama’s agreement with Iran centers around their nuclear program, with the former president claiming that they were going to have the bomb anyway, but at least his agreement delayed the inevitable.

While those two rogue countries are the most likely to use an EMP against us, they are not the only ones who have that capability. The list is short, but there are other countries, unfriendly to us, who have that capability. Vladimir Putin has already threatened that, reminding us that Russia is a nuclear power to rival our own capability. Between his imperialistic ambitions and the highly devastating effects of an EMP, he just might decide that it is in his nation’s interest to eliminate us as a strategic rival.

About the only good news is that as of this point in time, it doesn’t look like there are any terrorist organizations which have nuclear arms. I say that, because they haven’t used them yet. It is doubtful that any terrorist organization would hold onto nuclear arms long, without using them. Coupling one to a SCUD missile, which is actually World War II level technology, would make it possible for them to commit an EMP strike off a ship.

This entry-level rocket science is not beyond the technical or financial capabilities of a number of terrorist organizations.

Where Does this Leave Us?

The truth of the matter is, the risk of EMP hasn’t abated one bit. All that has changed is that the risk isn’t as obvious, because we’re not hearing all the threats out of North Korea. So, since that wheel isn’t squeaking anymore, it’s not getting any grease. In other words, we’re not any more secure, there’s just the appearance of security.

By definition, an EMP attack would be a surprise attack, so that doesn’t give me much comfort. As far as I’m concerned, the lack of noise just means that we don’t know what’s going on in the shadows. EMP is a proven weapon; a very devastating one; so as long as it exists, we are under that threat.

In many ways, it’s like the Cold War all over again. The big difference this time is that we have more potential enemies and the destruction they could wreck upon us is even greater. Before we just had to worry about the Soviet Union attacking our military, government and major cities; now we have to worry about several different enemies taking out our entire country.

Will this happen? There’s no way of knowing until it does. Just as we lived under the threat of thermonuclear war in my childhood, we now live under the threat of EMP. By the time we do find out, it will be too late; we’ll either be ready and survive, or we won’t.

As a survival problem, an EMP attack is one of the worst we can face. It isn’t just a long-term survival situation, but basically a permanent one. The 18 months that this latest report mentions to get the grid up and running again, doesn’t seem to take into account the fact that 90% of our population will probably be dead, before it can be restored. That means that unless extraordinary measures are taken to ensure the survival of the people needed to repair the grid, it simply won’t be possible.

I have no doubt that the grid will eventually be restored, especially to the larger population centers. But those population centers will also see the highest death rates. Most of the survivors will probably be in rural communities, especially farming communities. Few will have the necessary skills to rebuild the grid. So, while I’m sure it will be restored eventually, I wouldn’t be surprised if it took more than a decade for that to happen.

What this means for you and I is that we need to be ready to survive that long, without any other source of supply, other than what we can scavenge. As scavenging is not a reliable means of supply, all we can count on that for is incidentals, or perhaps clothing.

This will require complete self-sufficiency, more than any other survival problem we could face. We will need to provide our own food, water and heat, as well as a host of lesser needs. The only ones who will be able to do this are people who have built a huge stockpile or those who have developed a homestead which can provide all their needs.

There will probably be some small rural communities which band together and survive as well; not so much because of being prepared, but because of having the right resources and reacting in the right way to the situation. Even so, such communities will probably see a large percentage of their populations die away to disease and starvation. Those who do survive will be the strongest and healthiest.

Preparing for an EMP

While I suppose it would be possible to survive an EMP and its aftermath by stockpiling, that’s not something I would want to count on. I’ve only heard of one family which is building a 10 year stockpile of food, and they were featured on Doomsday Preppers. Most of the rest of us are working to get a year’s worth, which clearly won’t be enough.

The key to surviving such a scenario is sustainability. In other words, being able to provide ourselves with enough heating fuel, water and food to survive, year after year. This will require much more than a simple vegetable garden and a few chickens. We will literally have to turn our entire property into a homestead, growing food.

The three key things we will need to concentrate on, will be water, food and fuel for our fires:

In addition to these basic needs, there is a very high probability that you are going to have to defend yourself. In some cases, that will be from individuals that seek to steal enough food to survive. But as time goes on, chances are high that these people will gather together, forming raiding gangs to steal food and other necessary supplies from whoever is still alive. Gang-level warfare or gangs attacking communities will become commonplace.

This is the biggest reason why you will need to be part of a survival community, rather than trying to survive on your own. As these groups rise up, they will be able to overcome the defenses of individual homesteads easily. The only people who will stand a chance against them, will be communities which band together in defense.

Of course, banding together in defense also means banding together for other survival needs as well. Those same people who are helping you defend your community, will be quick to turn against you, if they find out that you have food and they don’t.

It may not be a popular position, but I believe that it is essential that we develop a survival mindset that expands beyond our families or survival team. If we are going to survive this gang warfare, we are going to need the help of others. That means that we must be able to integrate ourselves into the community in such a way that they see us as a resource, not just as “that selfish family who is prepared.”

As far as I’m concerned, it’s impossible to stockpile enough food to take care of more than my family. Even so, I have a few hundred pounds of rice and beans, which is earmarked as “extra” for helping my neighbors. That’s not enough, but I’m hoping it’s enough to earn their goodwill.

My greater plan is to help them become self-sufficient in the midst of the crisis. I am working towards that goal through a number of different strategies: