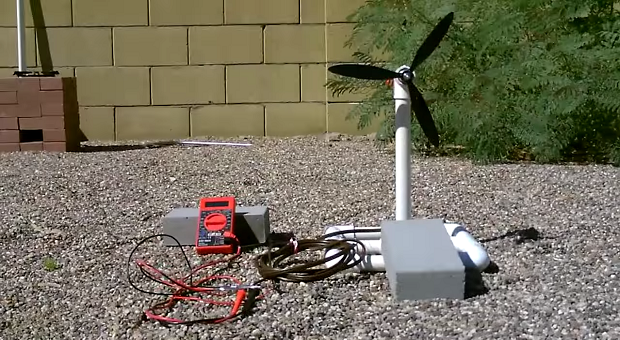 The ultimate goal of every respectable prepper is to get off the grid completely and live a free, happy and fulfilling life, enjoying nature and the abundance offered by nature, without being dependent upon government agencies for survival.

There’s a tiny little problem with this utopia: energy. If you’re accustomed with 21’st century every-day conveniences, like reading this article from your computer over the internet, you already know what I’m talking about.

Until we discover a cheap and easy way of producing free and endless energy, we’ll never be free to do whatever we like with our lives.

Until that day comes (read nuclear fusion), let’s take a look at 7 ideas for building a power generator using readily available and relatively common materials that don’t require a master’s degree in engineering.

How does it sound? Let the games begin!

1. How to DIY a Power Generator Using Photovoltaic Panels

You probably already know about the Solyndra scandal and the epic fail of generating electricity in a big way using tons of solar panels and heavy subsidies from taxpayers money.

However, photovoltaic panels are actually an excellent alternative for producing small amounts of energy in a decentralized system (like your home or your place of business) as opposed to using them on a massive scale..

Yes, solar panels can work in small projects, on small setups, as an “extra” source of energy, etc.. First you must decide how much power you require and if your needs exceed 1kw/h, these are definitely not the option you’re looking for.

Solar power generation has its limitations and if you’re a power-hungry household you should look elsewhere. Obviously, for the project to succeed you must live in a “sunshine state” or area and also you should be able to afford buying the photovoltaic panels (B-grade types are cheaper and just as good), the batteries, the controllers, inverters and the rest of the gear.

A basic step by step process can be contemplated in the video below.

2. How to DIY a Portable Solar Generator

The previous idea was about DIYing a solar setup at home for reducing costs and as an alternative for depending on the power grid; it is a fixed solar generator basically. But with as little as $150 you can DIY a highly mobile, portable solar generator that comes in pretty handy when you’re out camping or in a SHTF scenario when the grid fails.

The best thing about this project is that it will cost you almost one third if you compare it with commercial versions (which cost ~$400 and don’t include photovoltaic panels!) and it works just as well. The parts required for the assembly are available online on amazon.com and you can build it according to your own needs and specs, i.e. as big and as heavy as you like it or need it.

We’ve included a video, above, showing what components are required and where to buy them and another one, below, about the end product. Have fun!

3. How to DIY a Power Generator from a Five Gallon Bucket

I think I already told you about the endlessly cool applications involving five gallon plastic buckets and I mentioned this idea about a power generator in a recent article.

However, you must remember that the plastic bucket serves just as the box, the recipient for the actual power generator. It’s just the shell, the casing, the chassis. You got the idea, right?

Basically, this five gallon plastic bucket power generator was invented and patented by a great guy named Sam Redfield and it’s relatively easy to build if you’re following the steps and materials.

This is an experimental power generator aimed for helping people living in third world countries in which energy is scarce. It requires a steady flow of water, i.e. 26 gallons per minute. It’s essentially a pico-hydro system (meaning tiny).

4. How to DIY a Power Generator from a Lawnmower

The idea behind using a lawnmower for generating power is pretty straight forward. It’s like a regular power generator; you know, the ones running on diesel or gasoline engines? Well, the concept is just the same, but instead of a regular power gen unit, you’ll be using your good old lawn mower as the hamster running on the wheels for generating power.

Of course, a lawnmower is way more powerful than a regular army of hamsters running on wheels; hence this power generator is capable of delivering a stunning 500 watt of power, enough to plug your AC unit or your kitchen appliances into it.

This is a relatively easy DIY project if you’re familiar with electrical components and engines. Also you can save lots of $ by cruising recycling centers and junkyards to pick up the required parts. 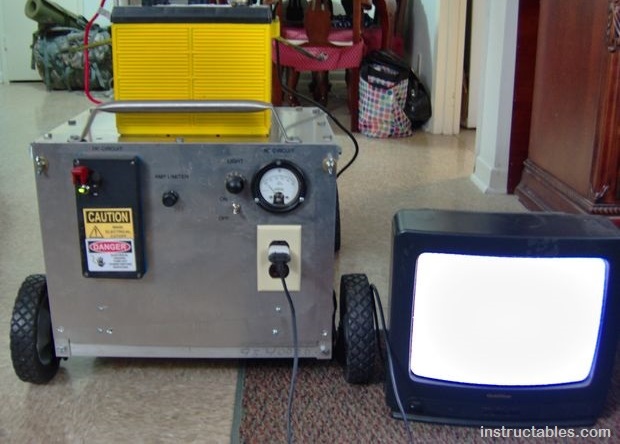 5. How to DIY a Power Generator from a Washing Machine

Basically, a “clone” of the lawn mower idea combined with the pico-hydro generator. You will find below a step by step tutorial depicting the process of recycling and converting an old smart drive washing machine into a power generator capable of delivering 780 watts, or even more; enough to live off-grid if shtf.

The concept is to use a flowing stream of water as the power source for the “turbine” and the internal components of the washing machine as hardware for the generator + a battery and an inverter. It’s an excellent project for generating free electricity from scrap, but you’ll need a bit of skill and hard work (with almost zero investments except elbow grease!).

This is by far my favorite DIY power generating project and the most efficient and reliable in terms of “best bang for the buck”.

6. How to DIY a Power Generator from a Bicycle

This is the real hamster running on wheels project, but this time you’re the hamster. The good news is that you’re not running on a wheel, but on a bike and you’re using your muscles for powering a 24 volt generator attached to your wheel.

As far as silly DIY projects run, this is by far the most fun and if you’re the “green” type (I hope you own a Prius too) you’ll enjoy pedaling for a noble purpose.

Below there’s a video with the tutorial but keep in mind that power generating using your muscles is not a “solution” for living off grid. I would regard it as an “exercise” for the real thing, like training for real combat with rubber knives and that sort of thing.

7. How to DIY a Power Generator from a Wind Turbine

The idea is nothing new; it was used (and still is in use) by “serious” companies all around the world for generating energy using wind power, but the end results are, at the very least debatable.

However, just like with solar panels, this is the kind of project that works well when implemented on a small scale for your home or place of business, as an “extra” or “cost cutting” method, or as an alternative to the power grid.

Here’s a video depicting the process of DIYing a small wind power generator for running a radio or charging your phone.

All that’s required is a propeller blade, PVC pipe, wire and a DC motor. This is a very basic project but even the large-scale ones are using the same principle. If you live in a windy area and you’re skilled and gung-ho when it comes to alternative energy, you can start small with this simple DIY power generator and end up who knows where?