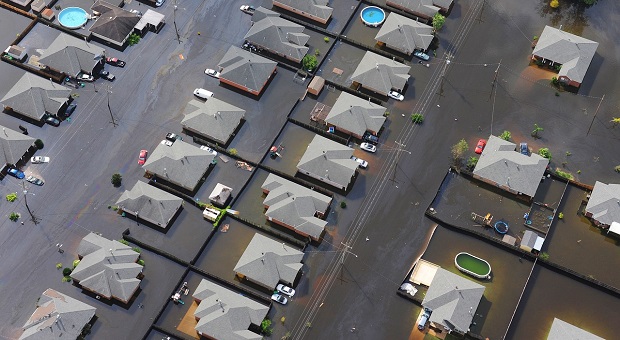 5 DIY Ways To Power Your Home During Floods

As weather patterns continue to shift, there is no escaping the fact that massive floods are becoming more common. Especially now, in the spring, when snow begins to melt and they are likely to happen even more than in any other time of the year.

While flooding may be a common event in some parts of the world, other areas are now becoming aware of several problems related to generating electricity during and after a flood occurs.

Living in a relatively dry place, or one that is not known for floods, won’t keep you away of trouble. Just take a look at the weather reports in 2015 alone for Texas, Kansas, and other areas that have no major history of the kinds of flooding they have had to deal with.

If you know how to generate electricity in a flood you are not stuck trying to use devices and methods that will fail, nor electrocute you because the devices cannot be safely used in this type of situation.

What to Beware Of

After the floods, some problems will impact how you generate electricity and the kind of materials you can use for this purpose: remember that it is not safe to mix electricity and water. No matter whether you are facing downed power lines or simply trying to make electricity using magnets and coils, failure to manage electricity safely around any kind of water can cause severe injuries, or even death.

Here’s what to expect while trying to generate electricity during and after a flood:

What to Make Use Of

When it comes to “green power”, hydroelectric dams and other water based electric generating systems are often viewed as some of the most efficient and powerful in the world. In fact, if you have even some moving water, you also have one of the most important natural elements for generating electricity. Even though flood waters may lose their power in just a few days, knowing how to harness this water can be of immense benefit.

But this is only one of the advantages you have to be aware of, others are still to come below:

Overall, you will find that small, low power generating systems will be safer and easier to build, use, and maintain during and after a flood.

As with many other systems, you are sure to be surprised by the number of ideas you can get by studying the works of the ancient Greeks and Chinese. They have some of the most fascinating gear and lever systems in the world that readily integrate moving water and can also accommodate both magnets and coils for generating electricity.

If you have ever been stuck without an air conditioner, then you may already know that it is possible to build a fan that essentially runs on gravity. During a flood, it is very likely that you will be up in the attic or sitting on a roof, and these locations are perfect for using a gravity fan to generate power.

As with many other small scale systems, as long as you add magnets to the fan blade and coils of wire to generate current in, they you should be able to make this system work. More, the items required are very easy to store in your attic: a box fan, several feet of rope, a weight, some magnets, and coils of wire.

You can also practice with this system before a flood occurs so that you can fine tune the system and also find out how much electricity you can generate with it. To get started, you can study this video to see who best to start with making the gravity fan, and then do some additional research on magnets and coils:

You can also use a bicycle wheel to run a generator which in turn powers a light bulb using a gravity to turn the wheels.

Did you know that the Greeks were able to create “robots” that could automatically open doors, and even operate on pre-set stages in order to act out a complete play? Research on Hero of Alexandria and also ancient Greek robot technologies, and you’ll understand now how much can be done with gears and the power of gravity and motion.

As you look at the different devices (including ones that could mix wine and water), think about how you can adapt them to generate power. You will still need to add coils and magnets to the assembly, and then figure out how large the device will need to be in order to meet your power needs.

Because of the kinds of damage and instability caused by floods, you are better off building a few lightweight systems and hooking them up instead of building just one larger system. At the very least, if one or two units are knocked out, you may still be able to move the rest to higher ground and have some electricity to work with.

Ice trays, planters, and just about anything else filled with dirt can be used to generate small amounts of electricity, you just need two types of metal and some water to make these earth batteries work. You can also add table salt and other electrolytes to the water in order to increase the output of each battery.

If you choose to use electrolytes, you will also have to replace it often, as the solution will break down as electrons are released.

During a flood, you might expect that heavy rainfalls will occur. Contrary to popular belief, this is a perfect time to start generating your own power using a small scale waterwheel.

If you have a rain barrel set up in order to increase the amount of potable water on hand, you can use it as a mounting point for the waterwheel. To make this work, try the following:

There are also some ways that you can use waterwheels to generate power after the floods, if you will be looking for areas where the water is deep enough and flowing fast enough to turn the water wheel. Anything from flooded streets to parking lots with moving can be used for this purpose.

Just remember not to get swept up in the floods when you are trying to set up the water wheels. It is also very important to keep an eye on the flood waters and rescue operations so that you know when to pull the wheels out of the water so as to avoid losing them or causing more problems.

When the power first goes out during a flood, there may be a period of time where you may sit and wait, hoping that the problem is minor, and that emergency crews will restore power sooner rather than later.

This tactic is about as useful as trying to use some of the more common systems touted for use in short to longer term survival situations. For example, if you think that solar panels on the roof, windmills, or others that use battery storage systems will survive a flood, you may be in for a nasty surprise. From cloudy days to muddy ground causing buildings to collapse, in the end large scale power generating systems will need to make use of flood waters instead of try to work around their presence.

The Archimedes Screw is actually a fairly simple device that has been around for thousands of years. Basically, a form similar to a screw is mounted in a tube. As the screw turns in the tube, water is raised from a lower level to a higher one. Moving water flowing through the system can then be harnessed to generate electricity.

In fact, Windsor Castle is one of the most notable places on Earth that derives most of its power from a pair of Archimedes Screws that rely on the flow of water from the Thames River. 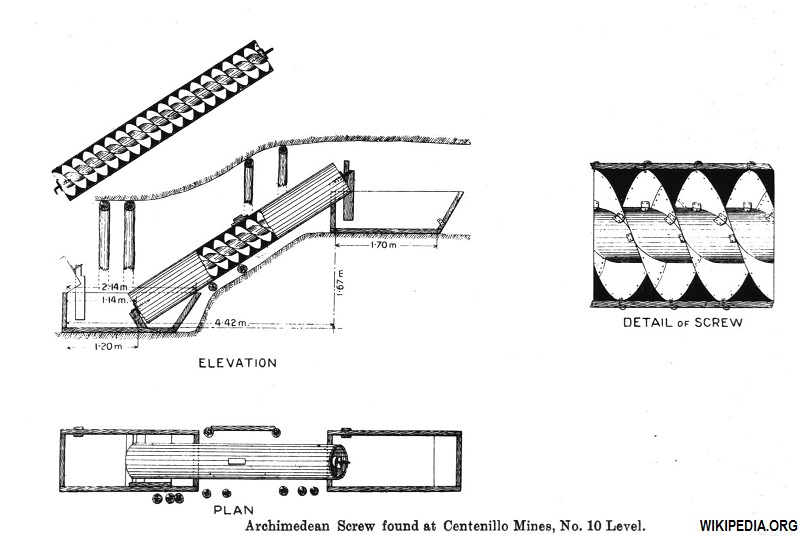 To generate power using an Archimedes Screw after a flood, you will need to find a place where water is flowing freely. Flooded streets, river beds, and even backyards with drainage into the street can all be used for this purpose. Depending on the flow of the water, you’ll need to make smaller screws and then harness the power generating coils together in order to obtain enough current for your needs.

As with any other power generating method, it will always be to your advantage to have something built and plans for using it before a crisis happens. Consider a situation where you have a front yard or a back yard that you can build up or change the height of.

Research on Archimedes Screw systems, then you will realize that the change in height the water must travel will have a bearing on the amount of power that can be generated. Depending on the way the land is structured, it may be possible to cut paths that will direct the flow of water, and thus make it much easier to install an Archimedes Screw before the flood actually occurs.

When preparing for floods, most people rush out and stock up on flashlight batteries, propane stoves, and propane bottles, but these very same people will never have enough alternative fuel on hand to survive a disaster like Hurricane Katrina.

In a flood situation, you may only have to wait a few days, or the situation can last for weeks, months, or years, while wood, and many other burnable materials may not be available because everything will be soaked.

When it comes to electricity alternatives during and after a flood, your best options will include smaller devices and saving energy as much as possible. Here’s what you can do to replace the fridge or your electricity based cooker:

Make sure you have plenty of plastic rain gear and waterproof clothes on hand. These materials may not be comfortable to wear, but they can keep most of the moisture away from you as well as prevent vital body heat from escaping. Just remember that your body will continue to sweat and cause a buildup of moisture.

Be sure to unzip or unbutton plastic coverings so that the moisture can escape, or it can easily result in skin infections and other problems. Never forget that bacteria, mold, and mildew thrive in wet, warm environments. While you may need to reduce air flow to your skin for the sake of keeping warm, it can also spell disaster from a health point of view.

Today, many people that pin their hopes on solar or wind power fail to realize that these systems are just as vulnerable to floods as larger scale commercial power grids. No matter whether you live in a survival based gated community, have a homestead, or live in an inner city, you can come up with at least one or two inexpensive options to generate electricity.

They can be assembled from old junk laying around your home, or items that may be very cheap or free to acquire at the local dump or some other place where items may be offered to the community for free as part of a recycling program.

You may even want to connect to the Freecycle boards for your local area to obtain free fans or other items that can be used for flood based power generating needs.