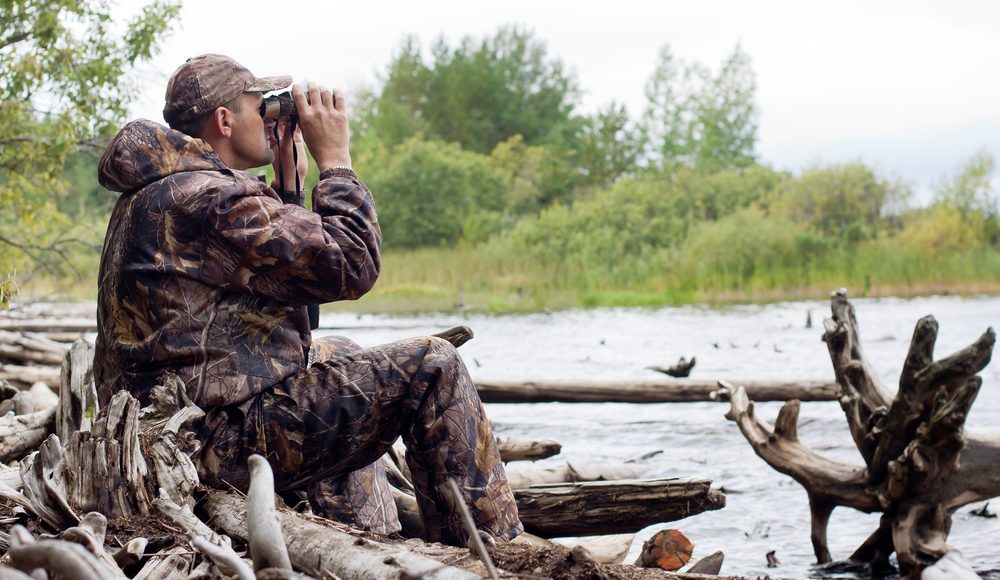 Remaining unseen in the wilderness while trying to cover a long distance is a challenging task. So why would you want to camouflage yourself, and why should you learn camouflage and learning techniques?

The reasons for doing so may vary from one person to another, and perhaps some people want to conceal their presence for observing wildlife while others may need such skill for stalking or hunting purposes. Who knows, maybe there are even those planning for a manhunt scenario, and they want to keep themselves safe from enemies.

Regardless of your reasons for concealing yourself from view, one thing remains certain; having the skills to observe someone or something while staying unseen can prove useful in a survival situation. With this article, we aim to identify critical methods that everyone can use to avoid being seen.

Using camouflage clothing in the US is extremely widespread and is not restricted only to military personnel and hunters. The most commonly used clothing for camouflage is the Disruptive Pattern Material – DPM. However, It seems that the Multi-Terrain Pattern – MTP widely used in the woodland is gaining more and more popularity.

These two are the most popular camouflage patterns, even though various nations develop many others to use their military personnel. Not to mention that there are even commercially produced camouflage patterns that civilians use for both outdoor and fashion uses.

I have to mention that even though the two-dimensional camouflage is excellent at blending you with the surrounding environment, it won’t do much to cover your silhouette or shape. That being said, a keen observer will be able to spot you easily unless you can transform your camouflage pattern into a three-dimensional one.

You can employ specific techniques to reduce your chances of being spotted. Some of our readers may be familiar with the five S – shape, shadow, surface, silhouette, spacing, and the one M – movement. Let’s look more into this.

You can recognize certain things by their shape alone without thinking twice about it. Items are easily recognized by their shape, especially when they contrast with the surrounding environment. For example, you can easily recognize types of machinery or pieces of equipment in the wild, and the same goes for the human shape.

To avoid being recognized by your shape or part of it, you need to be able and disguise its outline. You can do so by adding foliage to your outline, but you must be sure that it’s as similar as possible to the environment with which you are trying to blend. For example, some trackers have clothes on which they have sewn twine or netting on which they can attach foliage or grass from the surrounding environment.

Your shadow will be cast in both sunlight and moonlight, and depending on the case, it can give away your presence or help conceal it. To remain hidden when exploring the wilderness, try to stand in the shadows of trees. If you want to keep a low profile in the city, seek the cover of buildings and keep in their shadows.

One thing to always remember when it comes to shadowing yourself is that all shadows change position with the movement of the sun and the moon. By keeping this in mind, you should always be aware of where your shadow is being projected.

The surface of your gear and its texture will most likely contrast with its surroundings. Likewise, the surface of the rifle, of the camera, and even your skin tone will contrast with most backgrounds unless you disrupt these surfaces to conceal your presence.

The easiest way to disrupt the distinctive surface of particular objects that will stand out in the wilderness is to use the camo patterns we talked about at the beginning of this article. For example, certain folks use scrim netting scarves since they are great for dulling surfaces and covering all types of gear, as well as your head. Other folks apply camo cream or mud on their face and paint their kit to conceal it properly in the wilderness.

Any object or person silhouetted against a different background will be easily visible. Being on a skyline with the moon forming in the background is perhaps the most common example of that. However, other backgrounds such as water, the sky, and pretty much any different smooth and flat background you can think of can lower your chances of staying hidden.

All objects will be silhouetted when placed against the background of a different color. To remain hidden, you should choose an uneven location such as trees, bushes, a hedge, or even broken ground to obscure your silhouette.

One should avoid moving across the top of a ridge or hill, but one can use their backgrounds to conceal their silhouette. When traveling across exposed areas, one should keep as low as possible to minimize the silhouette that becomes available to observe.

You will never see any regularly spaced objects in nature, and our brain can distinguish between natural formations, such as regular spacing of things. What is spaced evenly and moves at the same pace is unnatural, and it will immediately attract our attention.

Suppose you are in a group that’s bugging out. In that case, it becomes mandatory to have the group distributed unevenly to make it easy for the members to blend in with the natural spacing of the surrounding elements.

To avoid the observer’s view, you should avoid regular spacing of people traveling in a group. This is harder to do as you will need people to follow your directions, and it becomes tougher to do so when kids are in a group.

The eyes of both humans and animals are attracted by movement as it can be a sign of danger. A sudden movement in direct or peripheral view is even more easily noticed since our brain is wired to alert us whenever something seems out of place.

To avoid being seen, you should pay attention to your movement in both daylight and at night. For example, certain animals can differentiate types of activity by sound alone, and they can spot the difference between a two-legged creature and a four-legged one. Even more, the direction of movement can also be a dead giveaway since the sound of your average pace in a straight line is unnatural.

The speed of movement may vary, and you could keep a fast pace at times when no observers are in proximity, while other times, you may need to be dead slow when no cover is around, and an observer is found in your vicinity.

All of the factors listed in this article should be considered, and the techniques to counter them should be applied depending on what you are trying to do. For example, if you are stalking a fellow human from a distance, you may have very little consideration for your smell and noise factors, but these become critical issues to cover if you are stalking a deer.

Blending in with your environment regardless of whether you find yourself in the city or the wilderness requires planning and knowing how your background and its inhabitants operate. Using cover, staying hidden as much as possible, and moving slowly and quietly are the general steps you need to cover to remain undetected.

Your reasons for staying camouflaged and concealing your presence may vary, and an escape and evasion scenario is entirely different from a hunting scenario since the deer you’re stalking can’t shoot back. 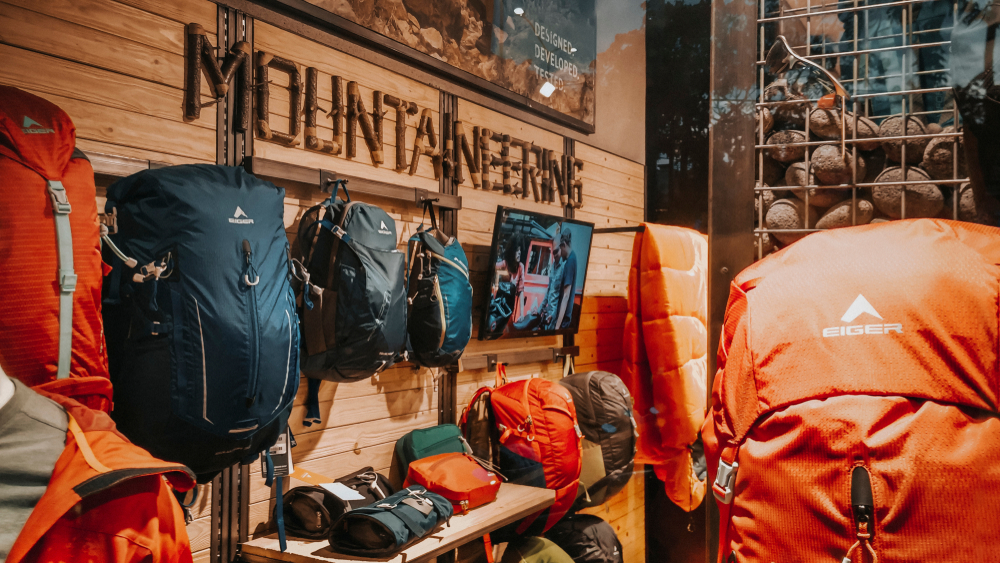 The Optimal Way to Store Your Survival Gear: A Complete Guide 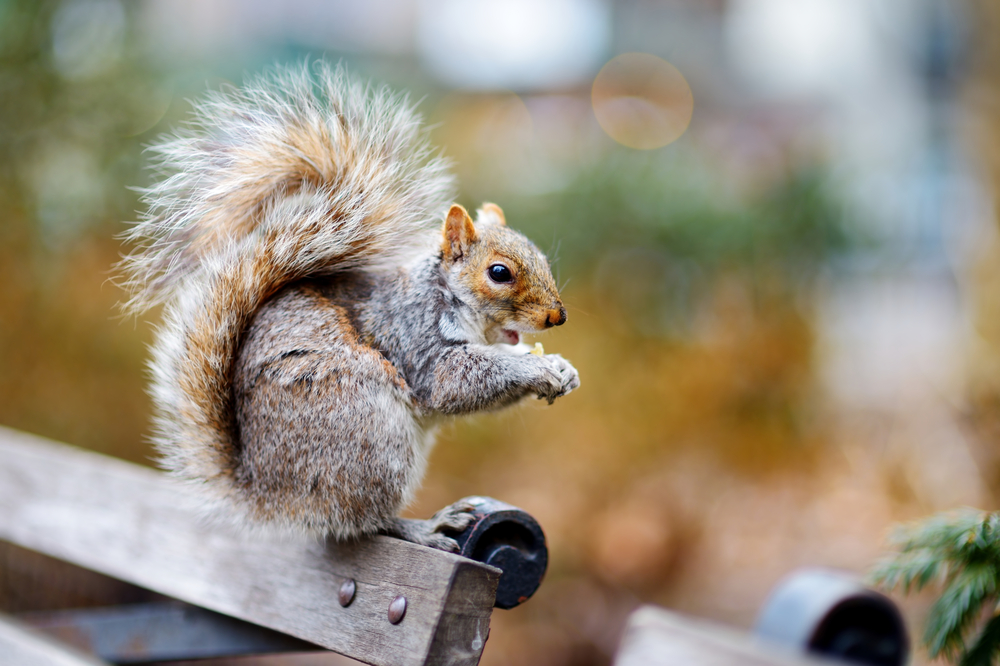